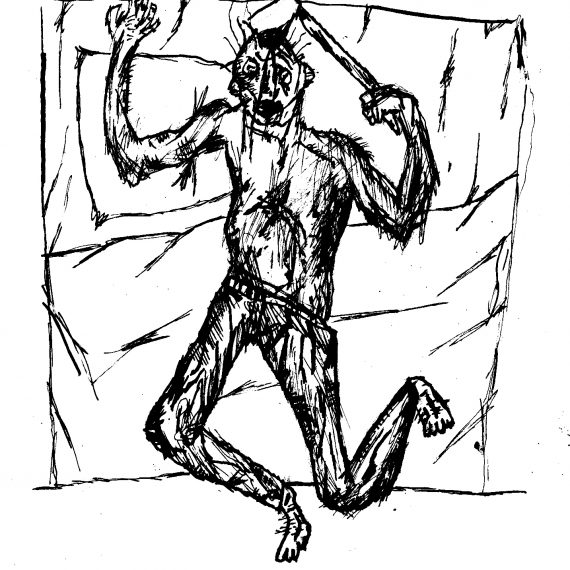 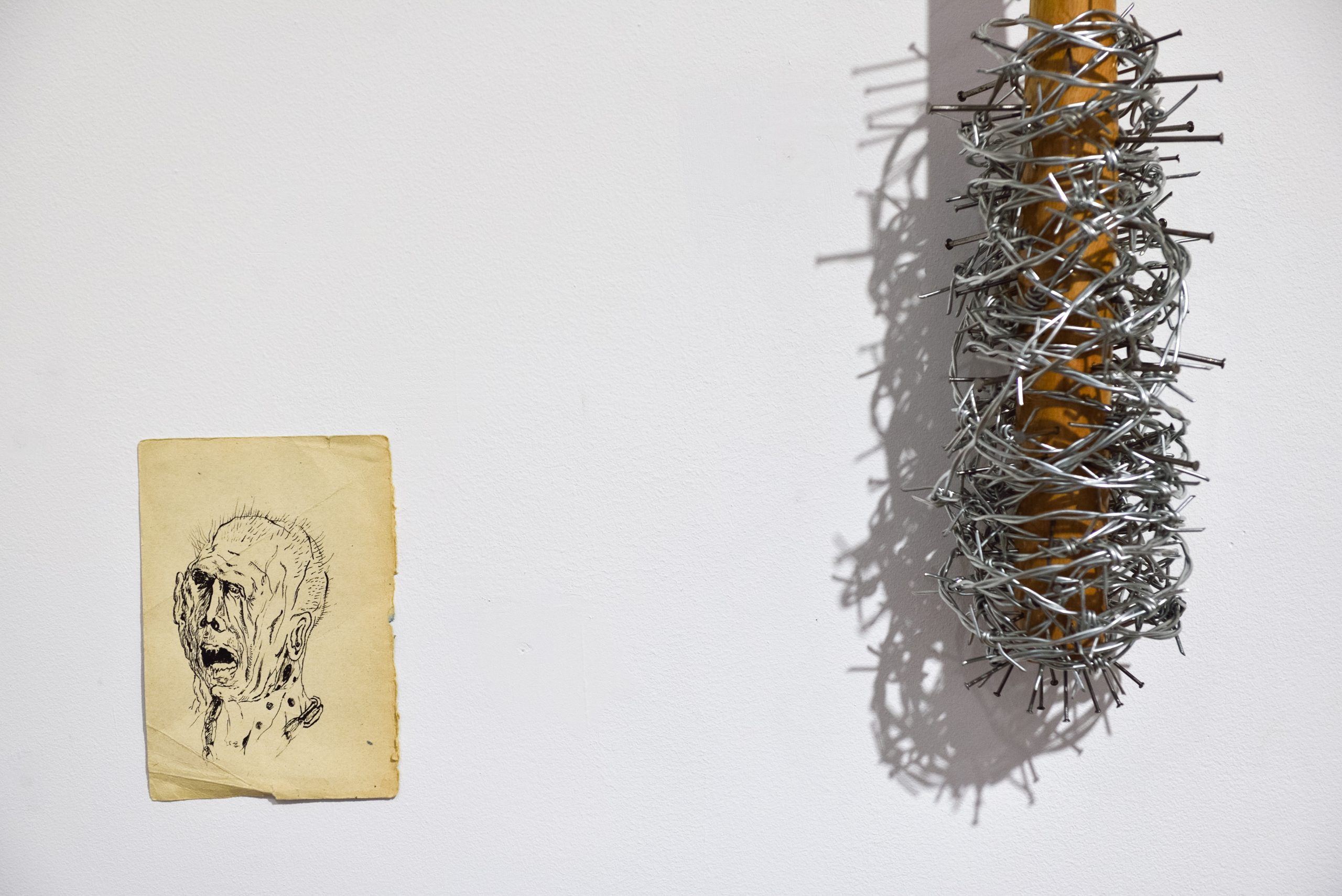 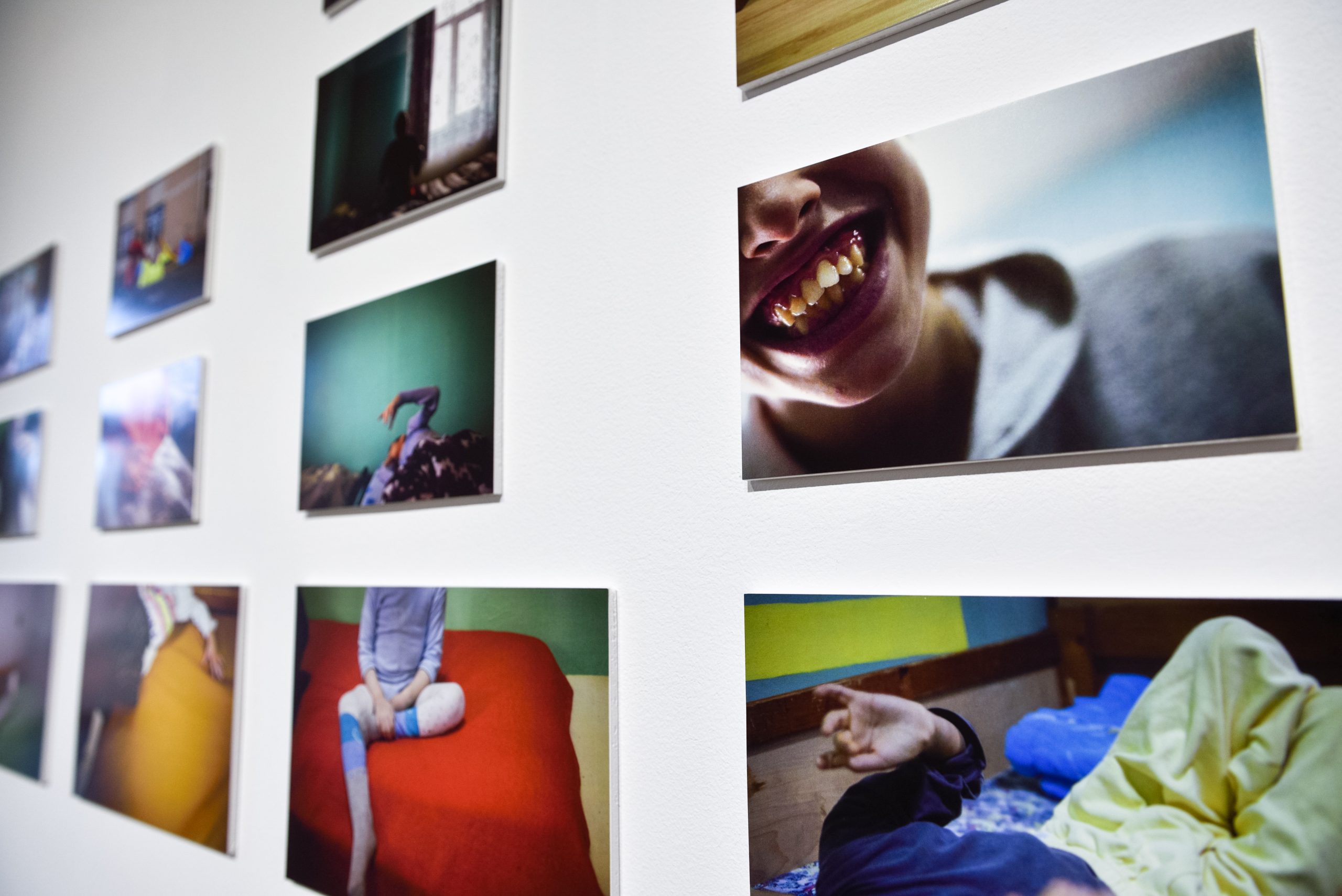 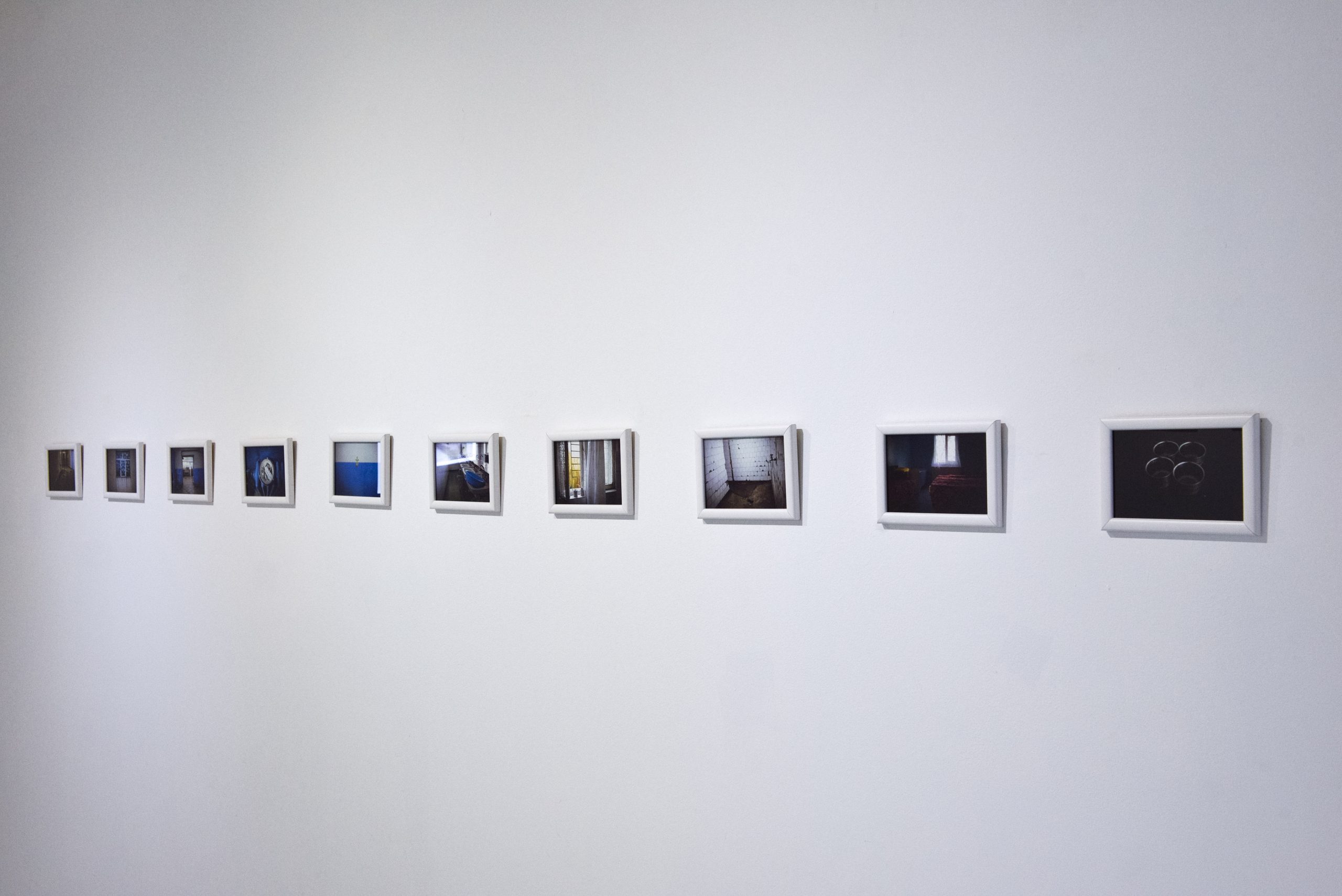 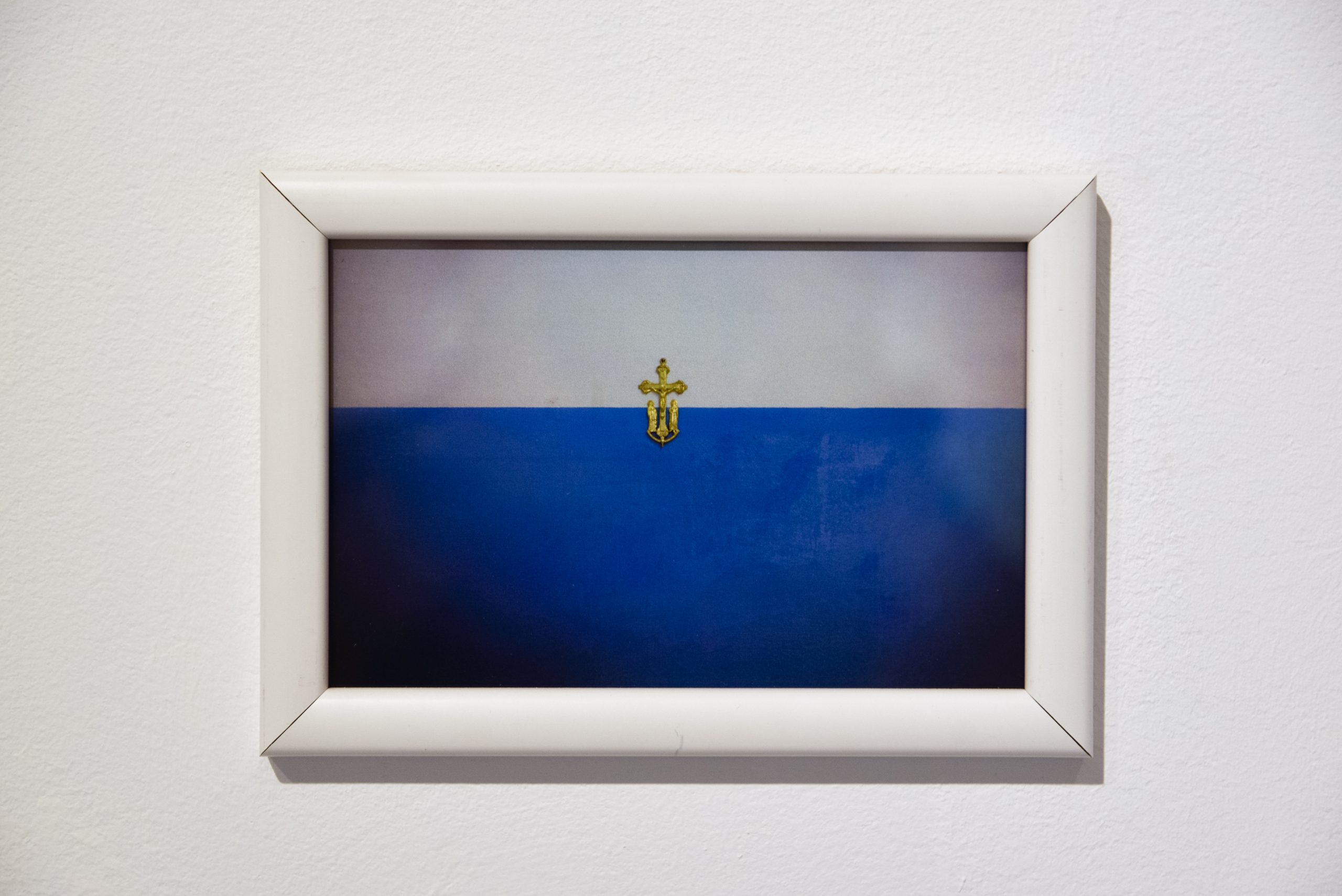 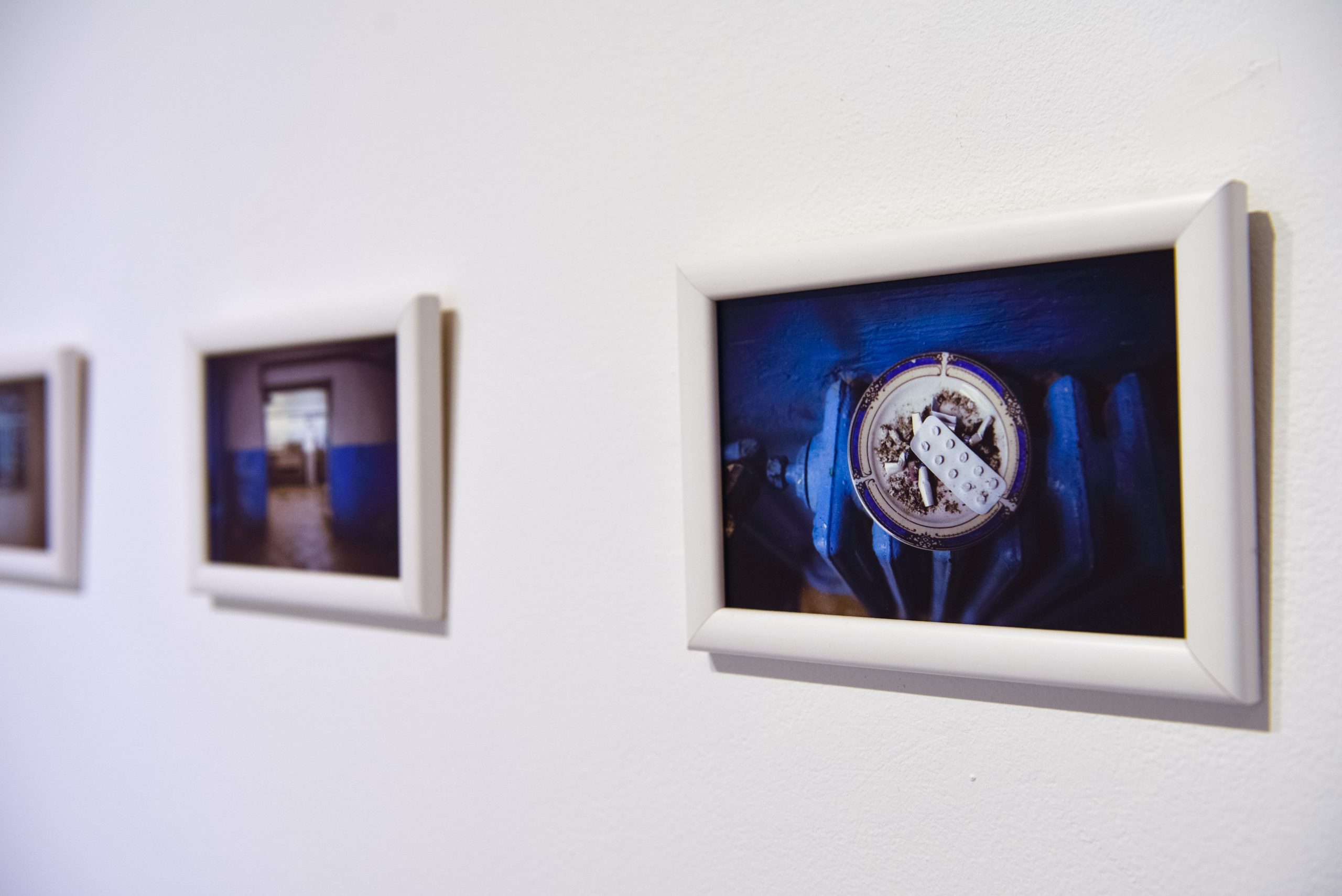 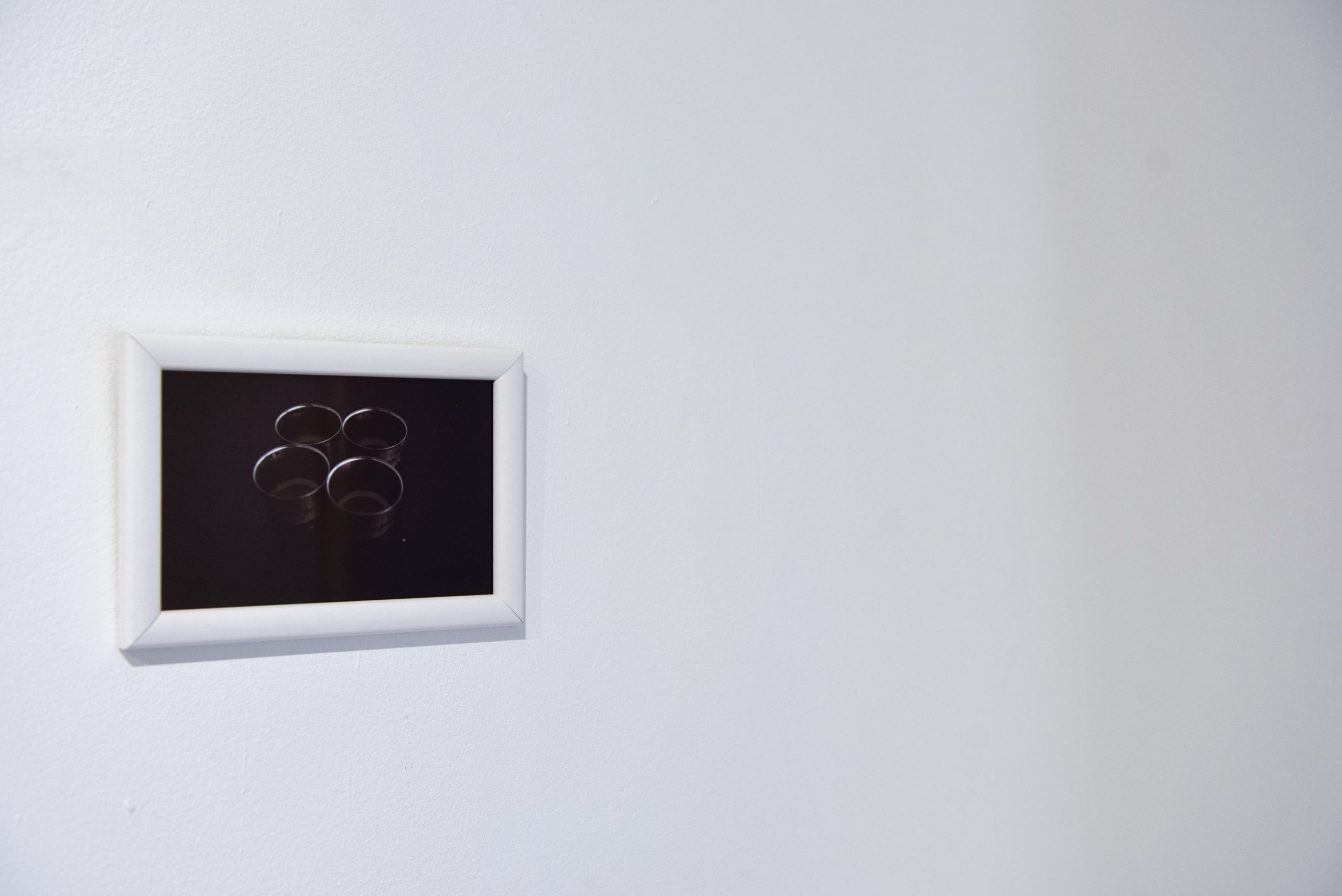 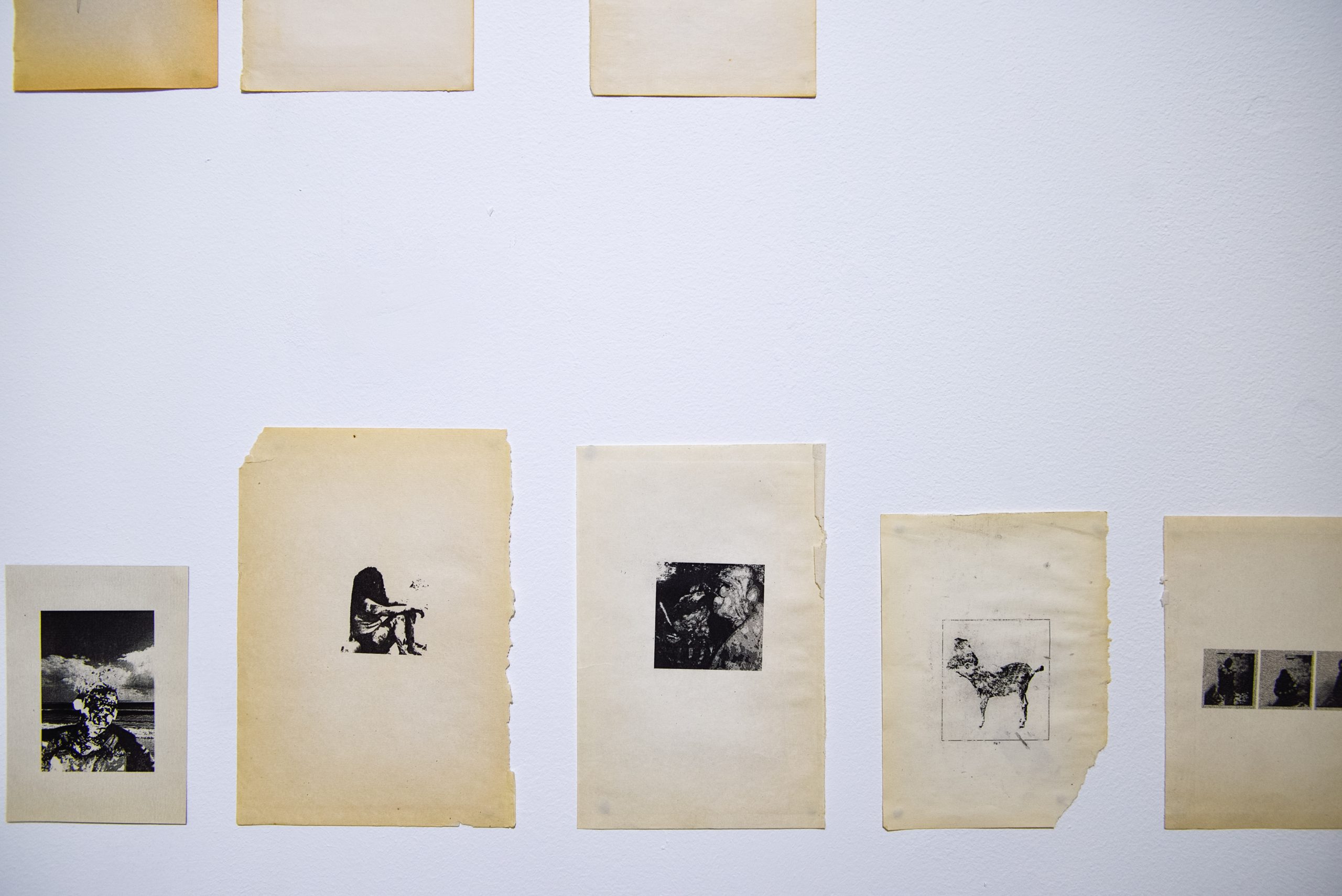 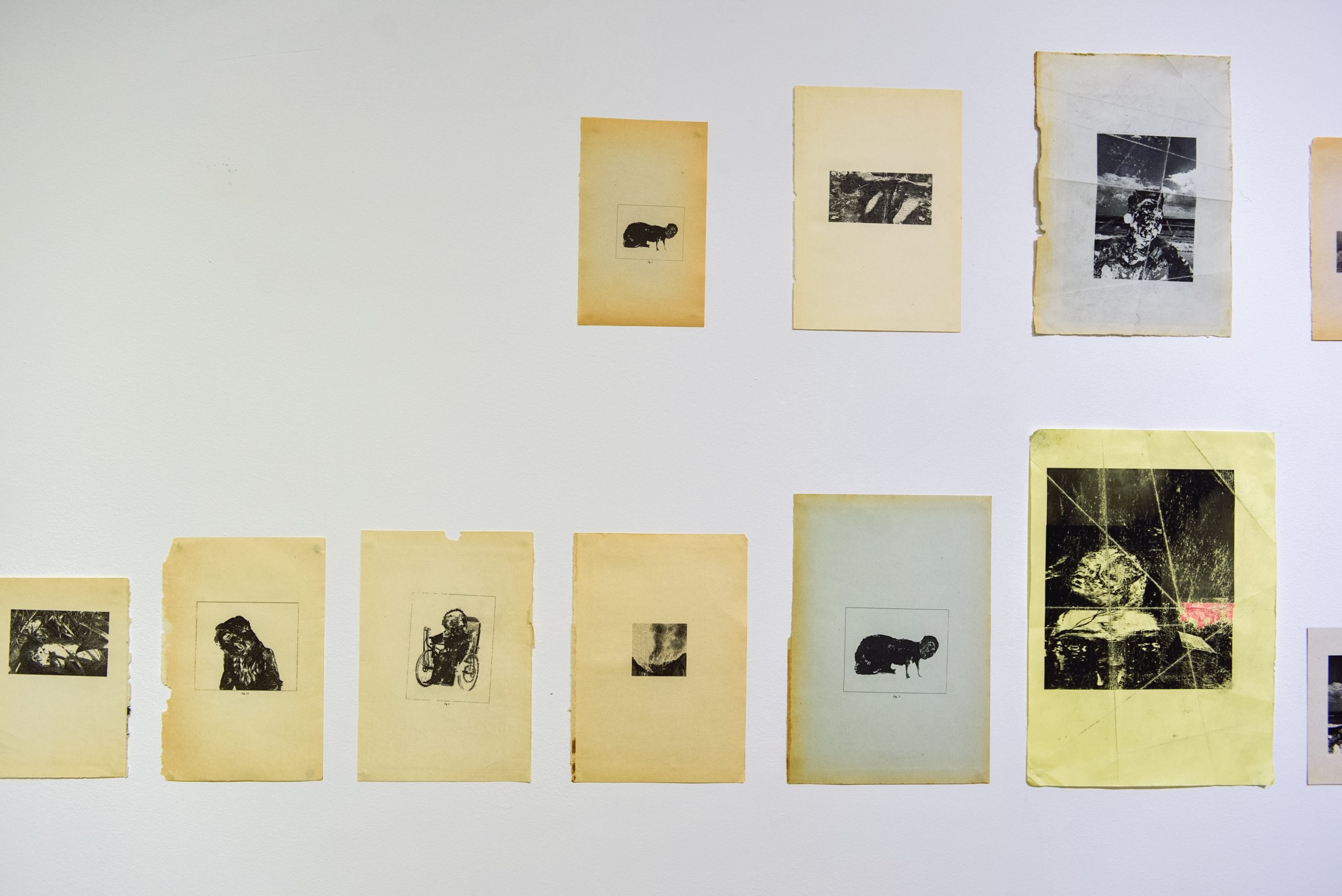 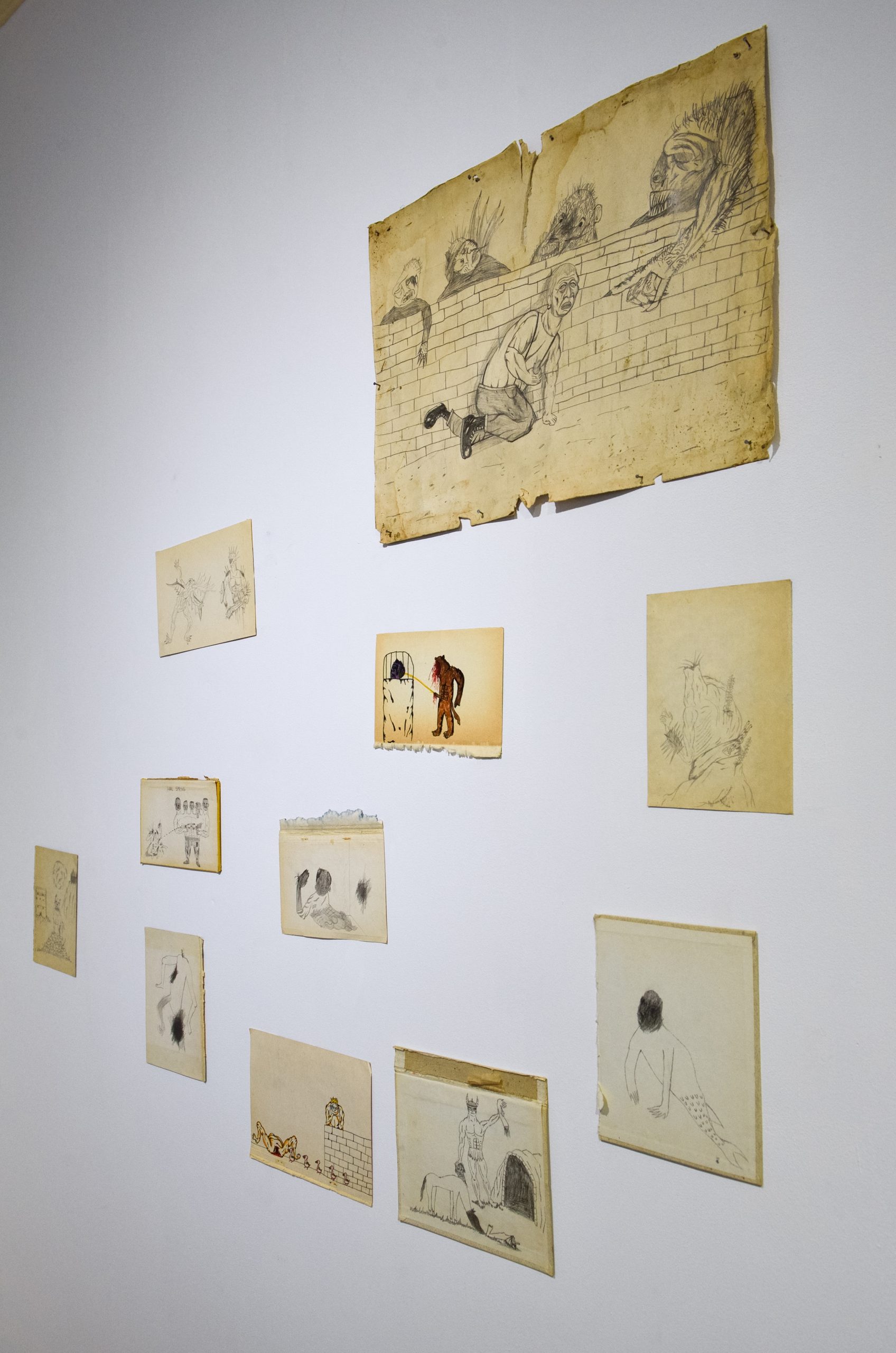 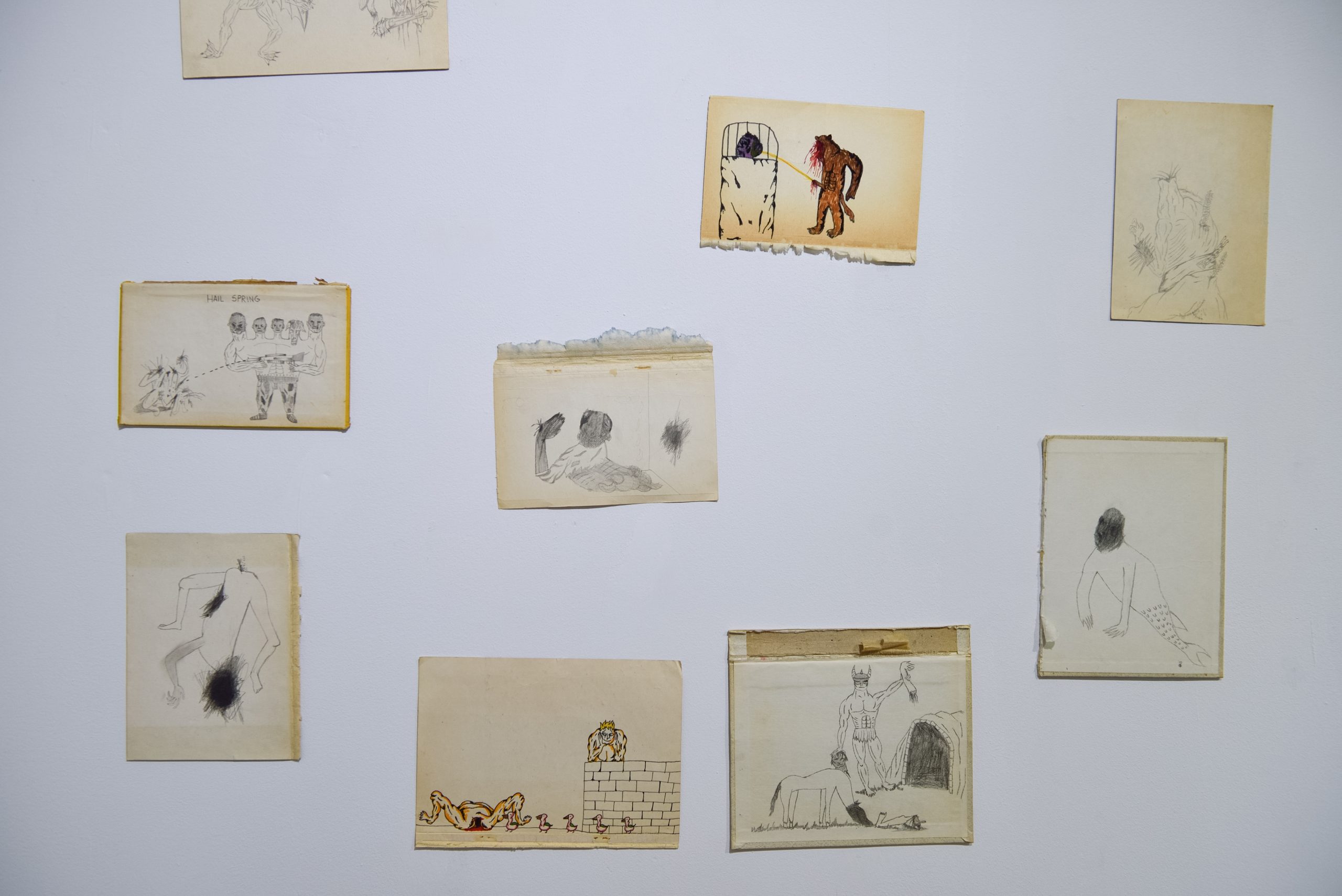 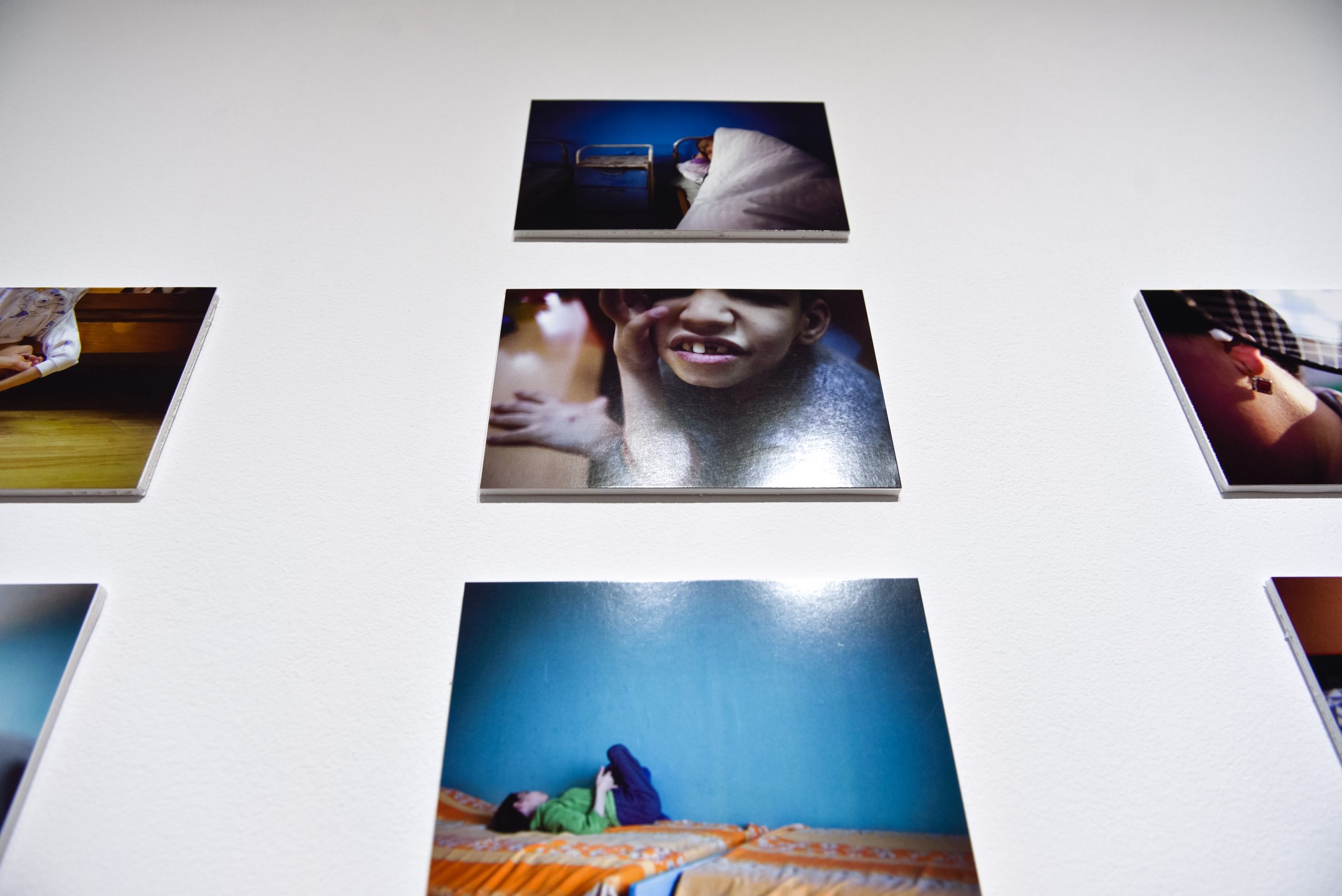 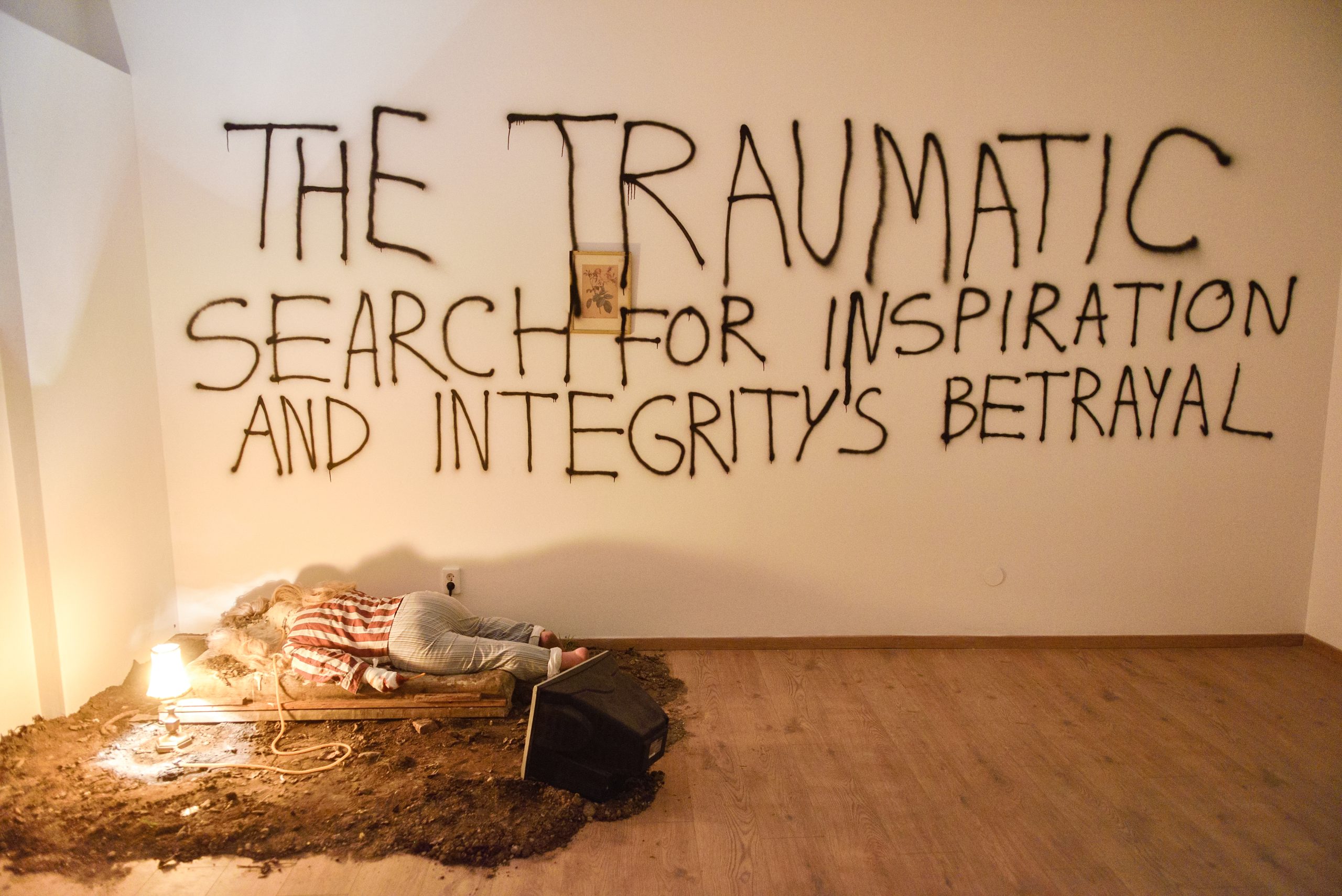 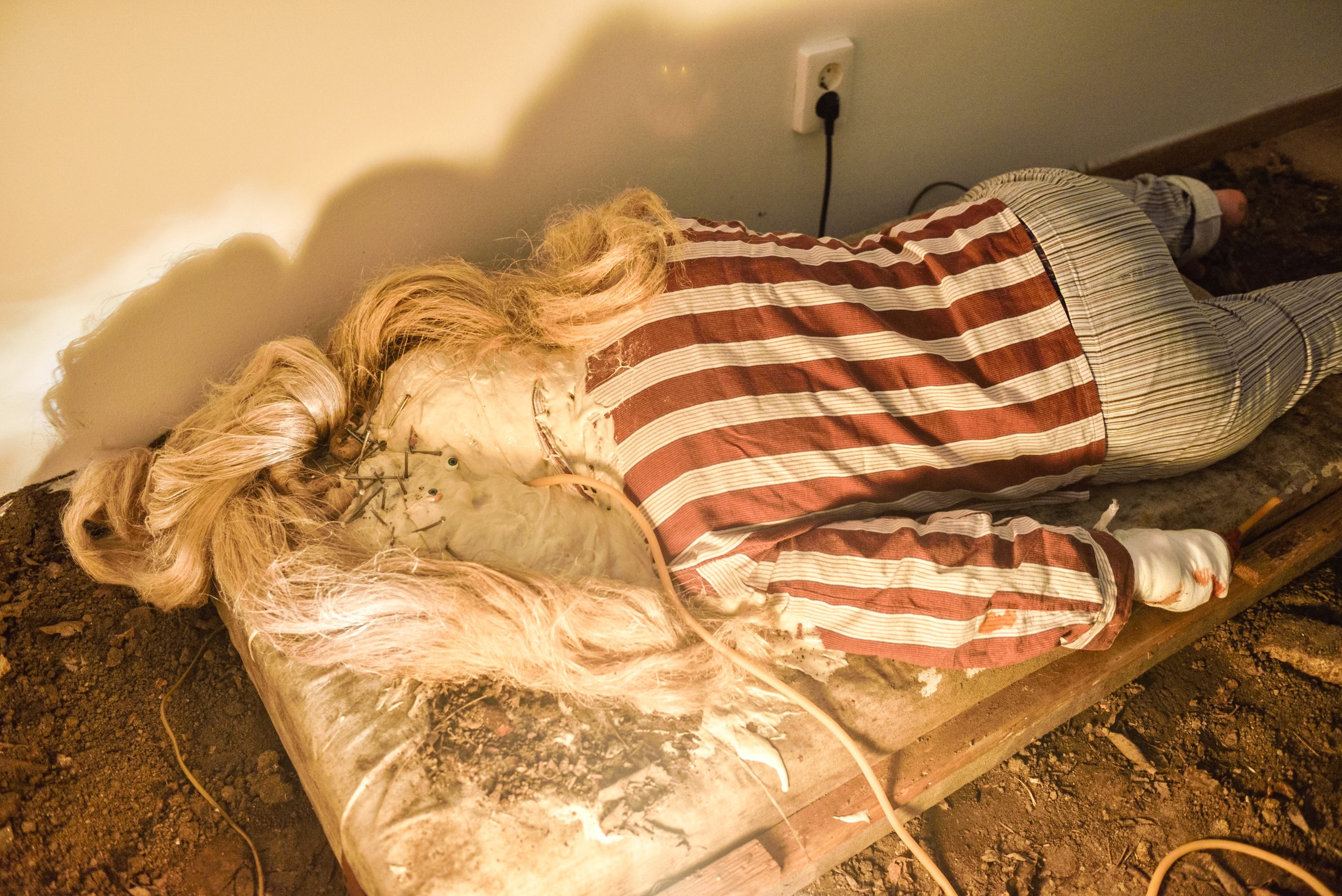 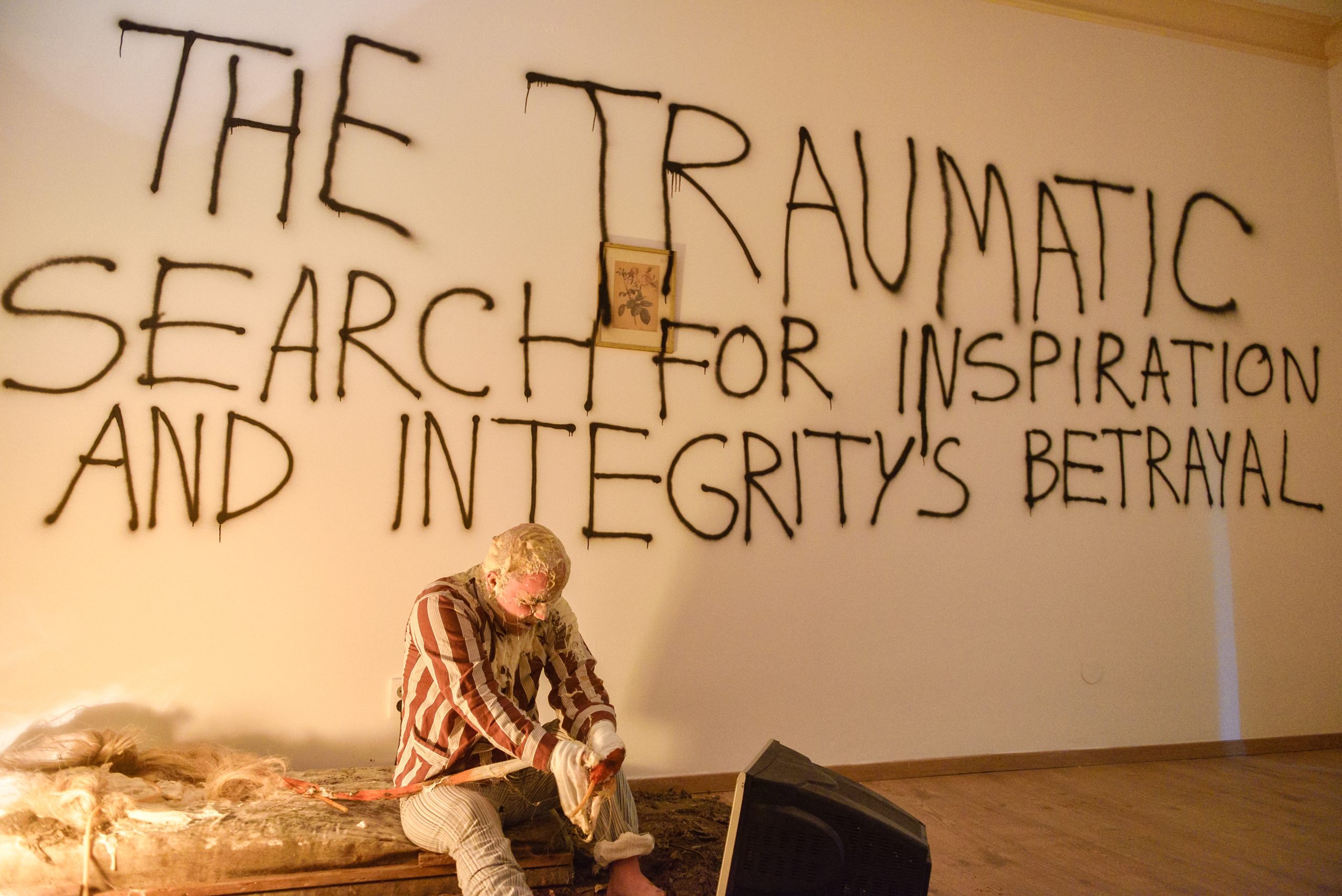 Inside presents two artists who approach the subjects of psychiatric institution and mental health/intellectual disability from two different perspectives. Through her photographs, Odeta Catană documents the interior spaces of psychiatric hospitals and the people captive there; her pictures are a presentation of a sincere reality. Sașa Bandi, on the other hand, presents a personal interpretation of the way in which the universe of a mentally ill person looks like in the critical moment of a psychotic episode.

With this exhibition, and these two different approaches, both a comparison and a sequence are created between the ‘reality’ of a mentally ill patient and the realities of the worlds enclosed between the walls of psychiatric hospitals.

The purpose of the photographs taken by Odeta Catană in these hospitals and centers was to accompany the unannounced monitoring visit logs. But even though words may have a strong impact, photographs are still the best way to present a world into which only few people have access.

Over 25.000 children and adults suffering from mental and intellectual disabilities are currently in psychiatric hospitals and hospices in Romania, people who, in terms of international juridical definition, are `deprived of their liberty’. Civil society has raised the issue of inhumane treatments to which some of these patients are subjected to in these centers. And because of existent legal loopholes, the possibility for these people to complain is close to inexistent.

In the Inside project, Sașa Bandi proposes a performance and a documentation of images and objects which present a ‘hero’ captive in his own mind. The artist raises the issue of the degradation of both the human mind and the psychiatric institution through a personal interpretation of the subject presented in Odeta Catană’s photographs.

“The hero is mad, defeated, rotten and abandoned in a corner, but he still prefers to stay there as there’s nothing for him outside. He can no longer identify with anything.”* Sașa Bandi’s ‘hero’ also has an autobiographical overtone as, generally, his art is autobiographical and makes references to the artist’s constant struggle with the impossibility to integrate, and his refuge in his own creations. “Even though he is on the ground, rotten, decomposed, he does not lose his sense of self and integrity, but this hardly matters. The idealist will always fail and his life will always be a failure.”**

The photographs were taken during the ‘Lagărele de lângă tine’ (Camps around us) project financed by the SEE 2009-2014 grants of the NGO Fund in Romania.