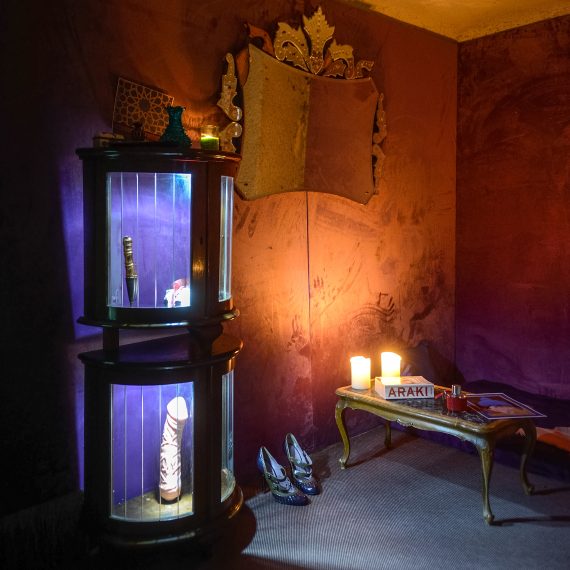 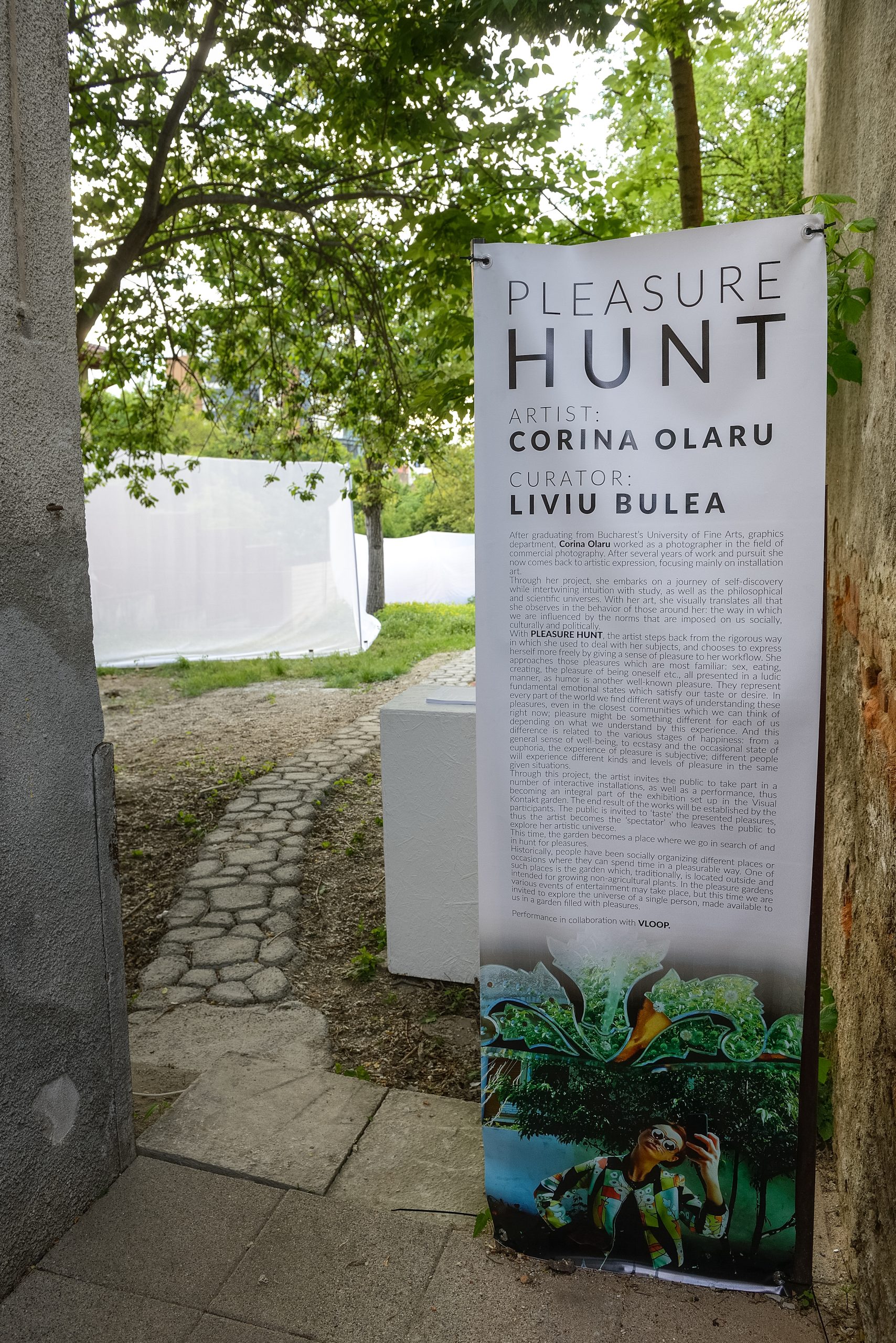 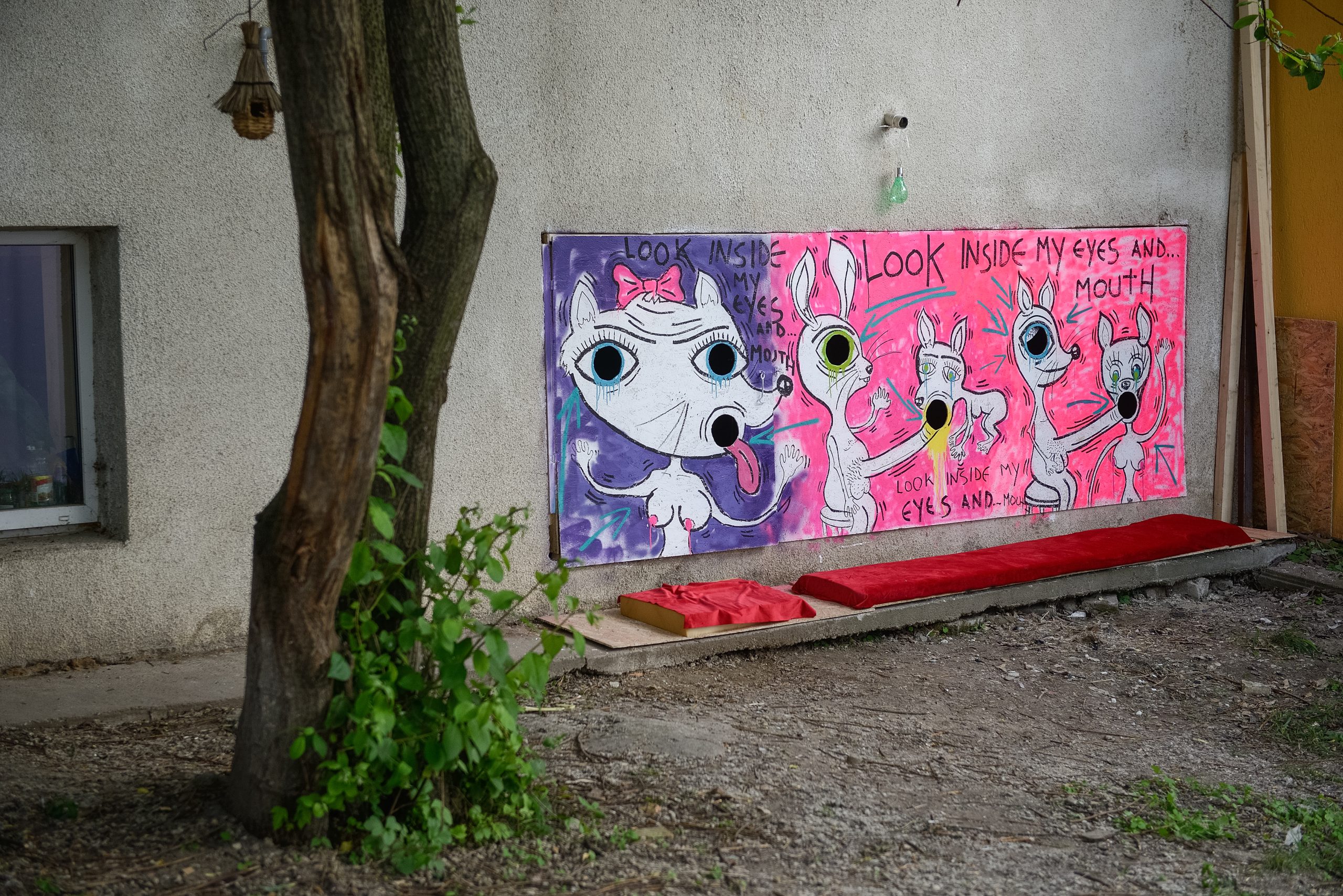 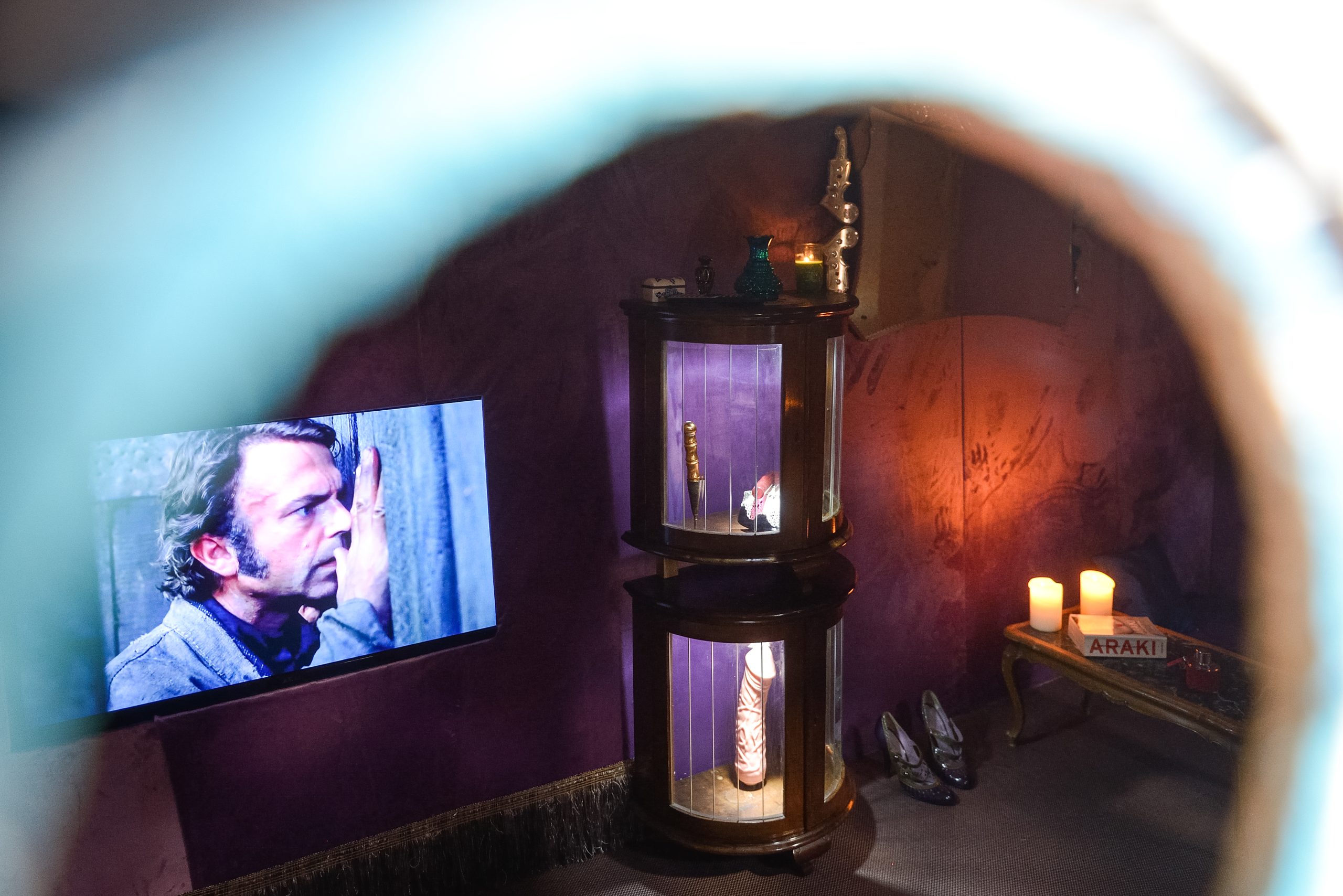 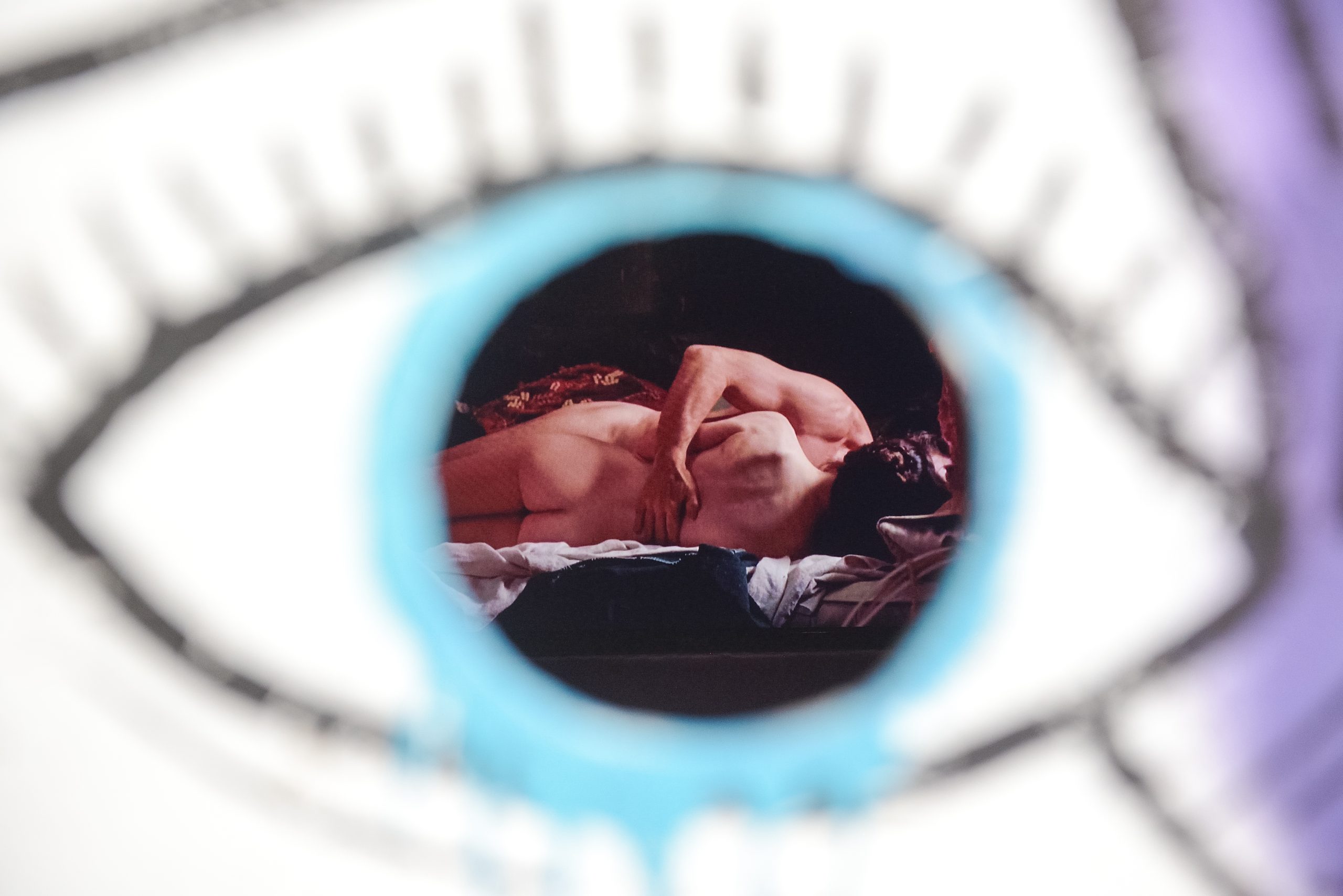 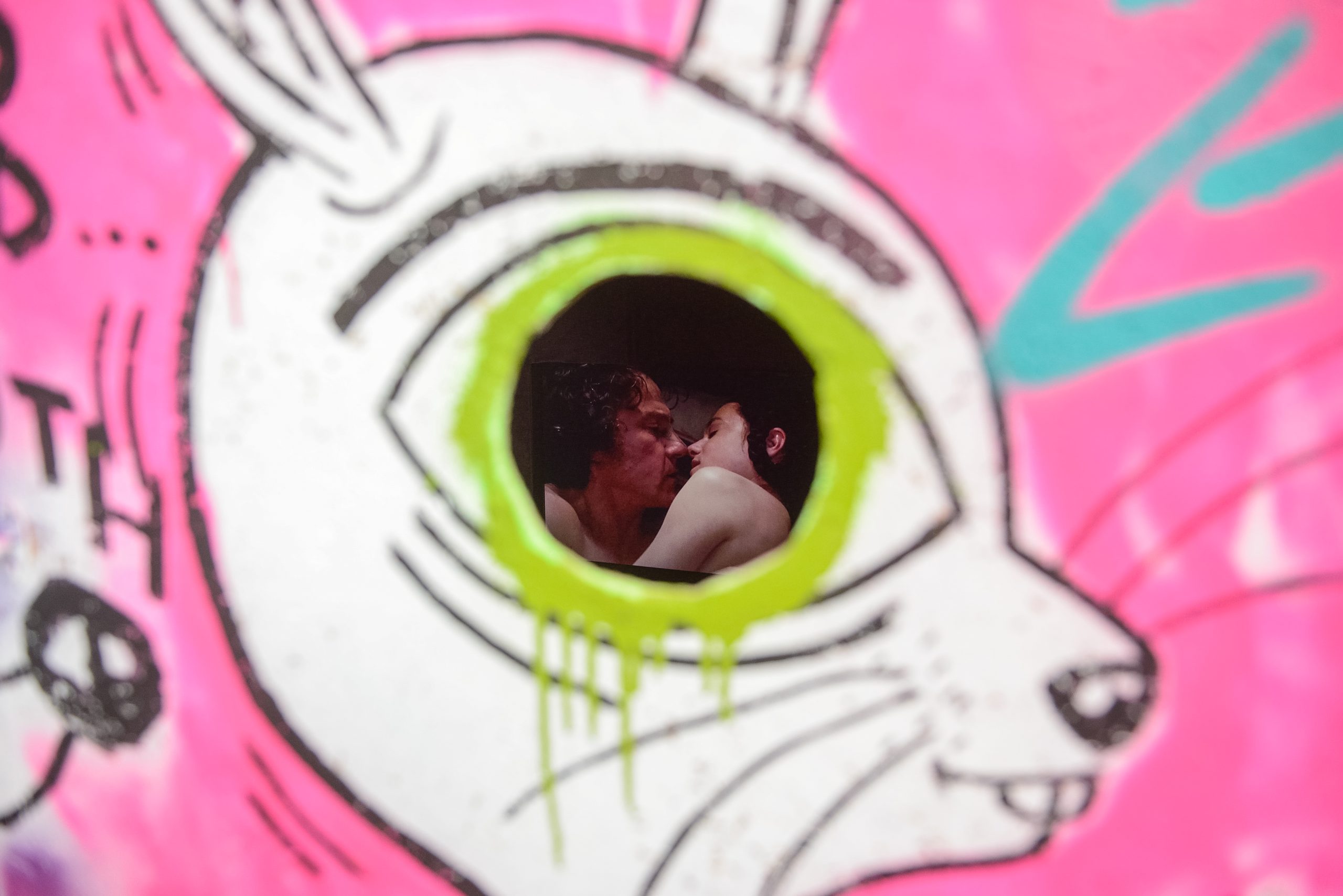 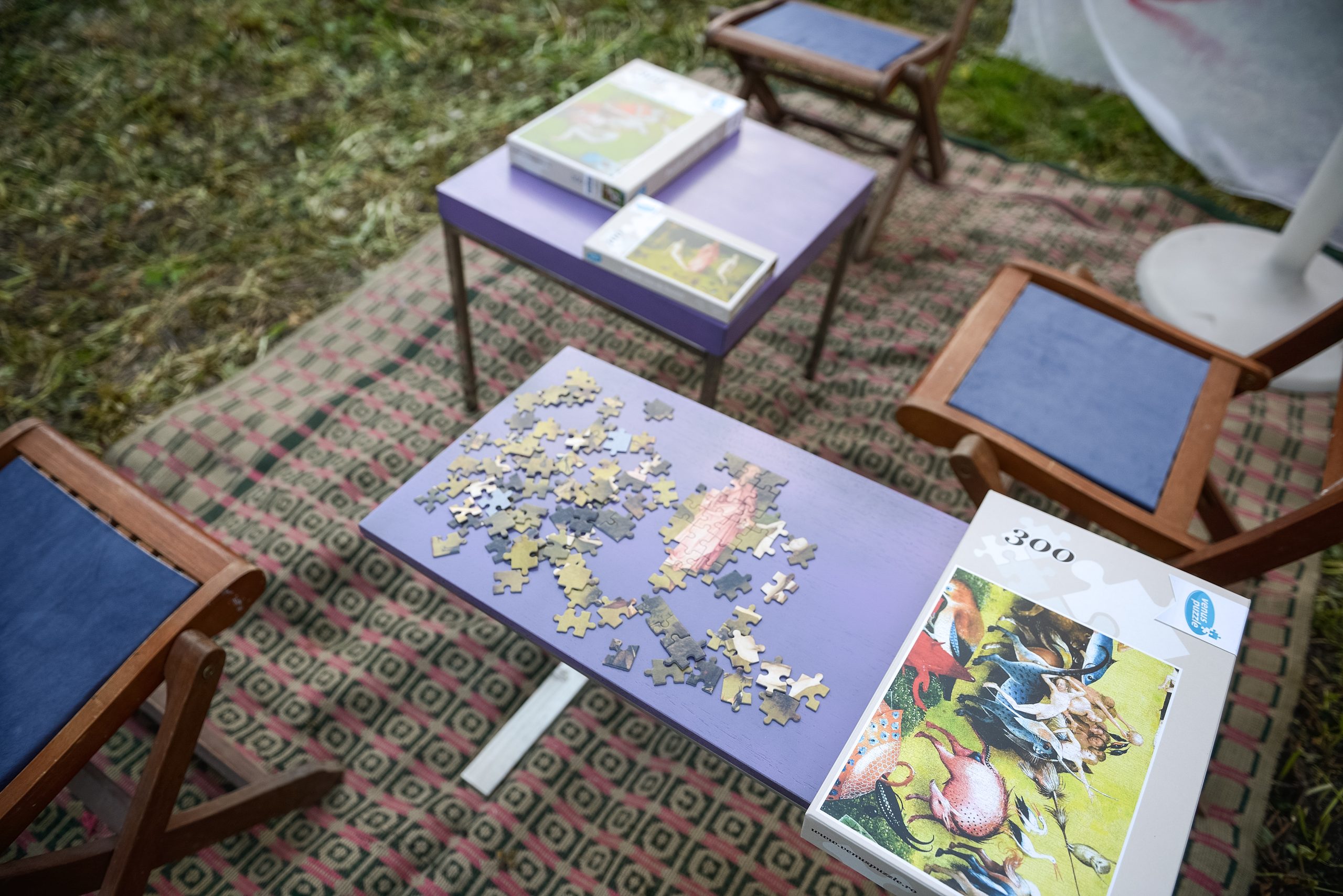 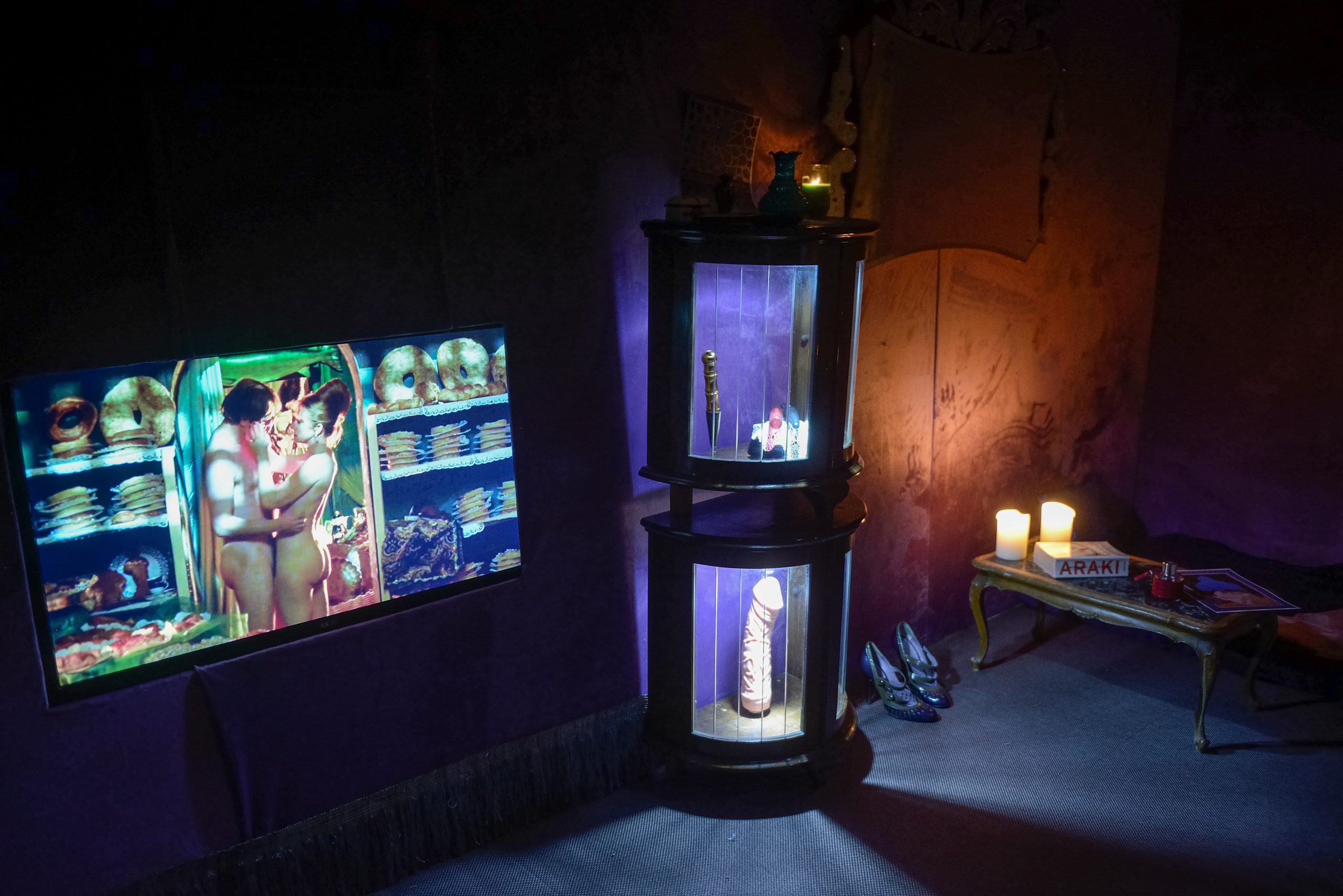 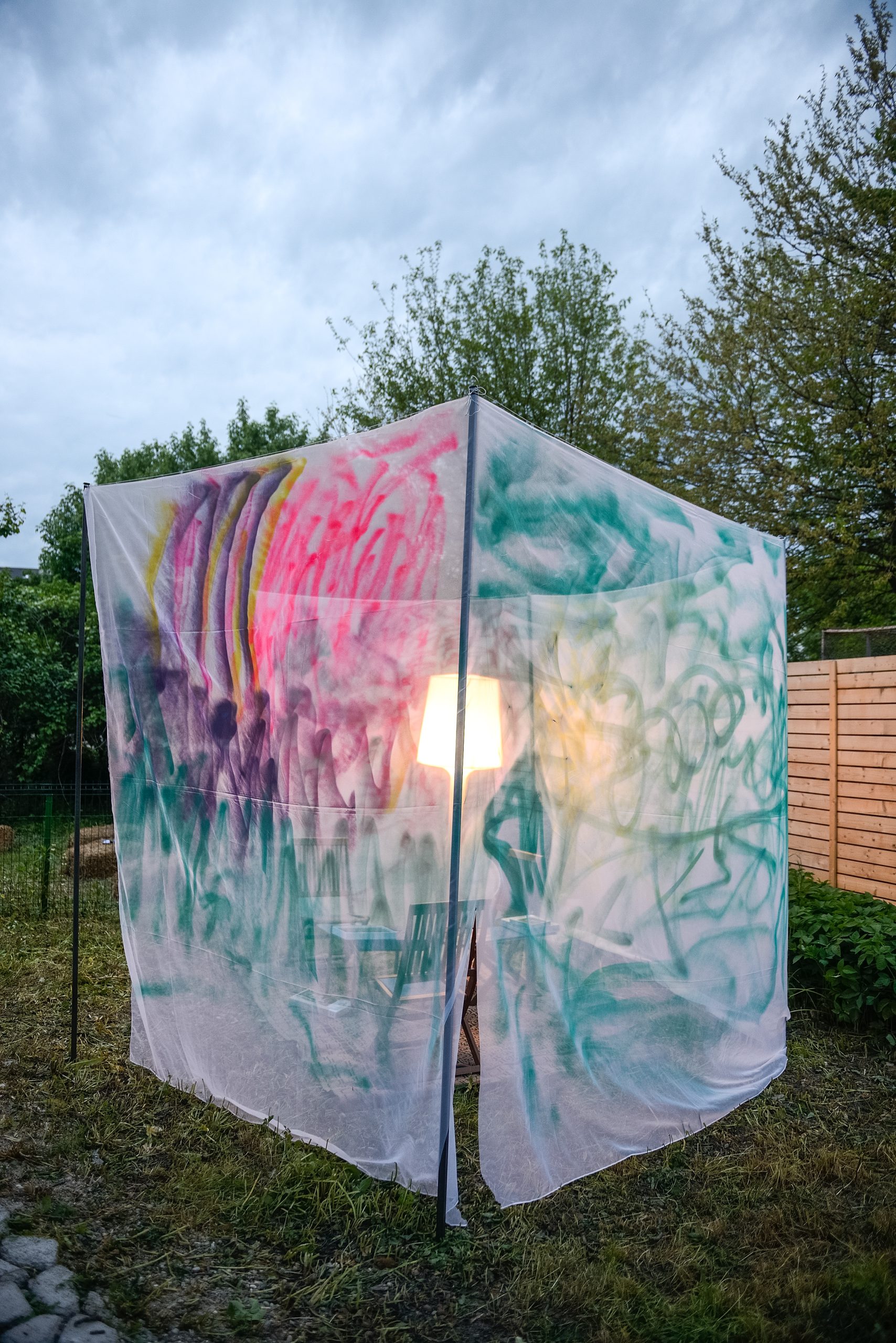 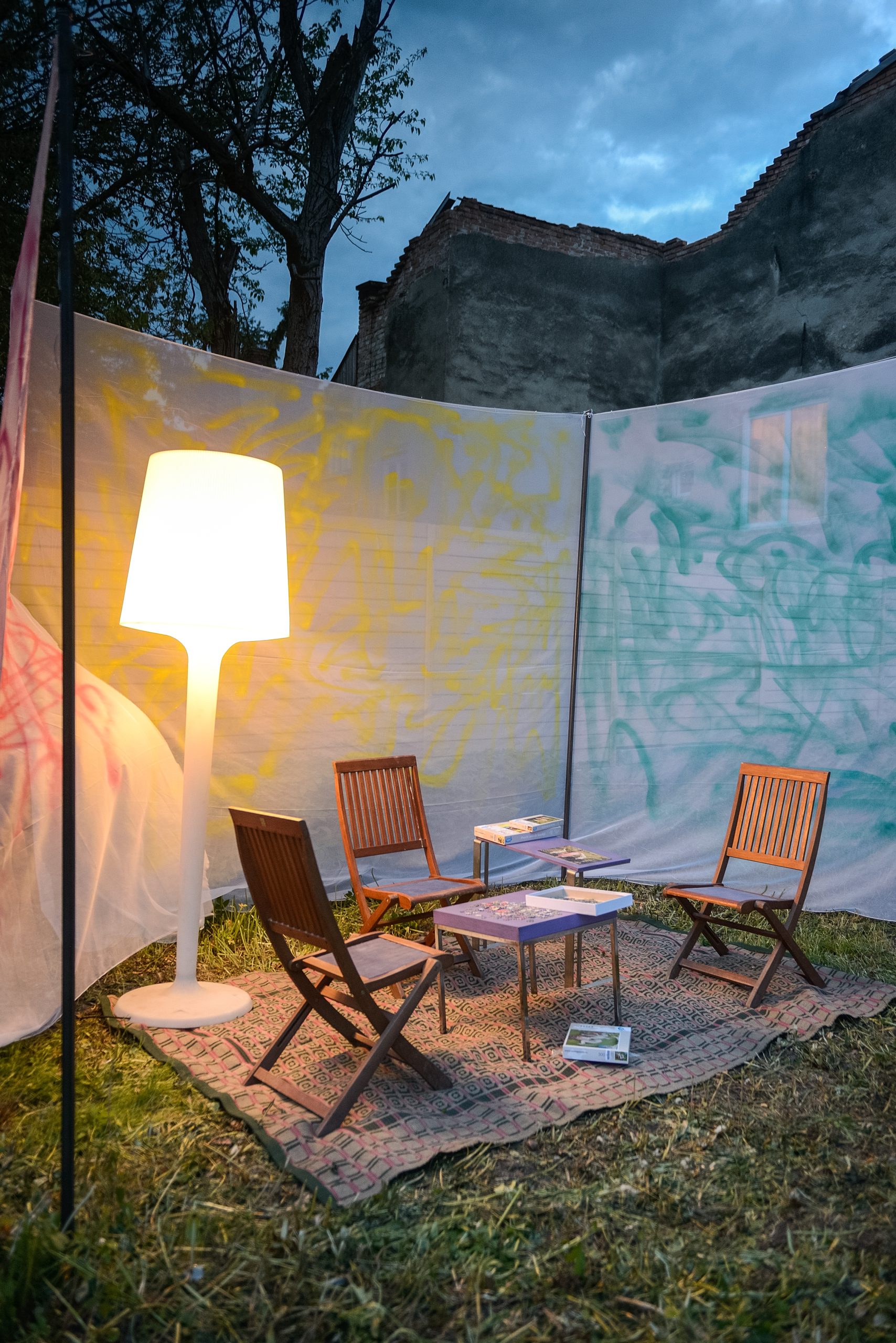 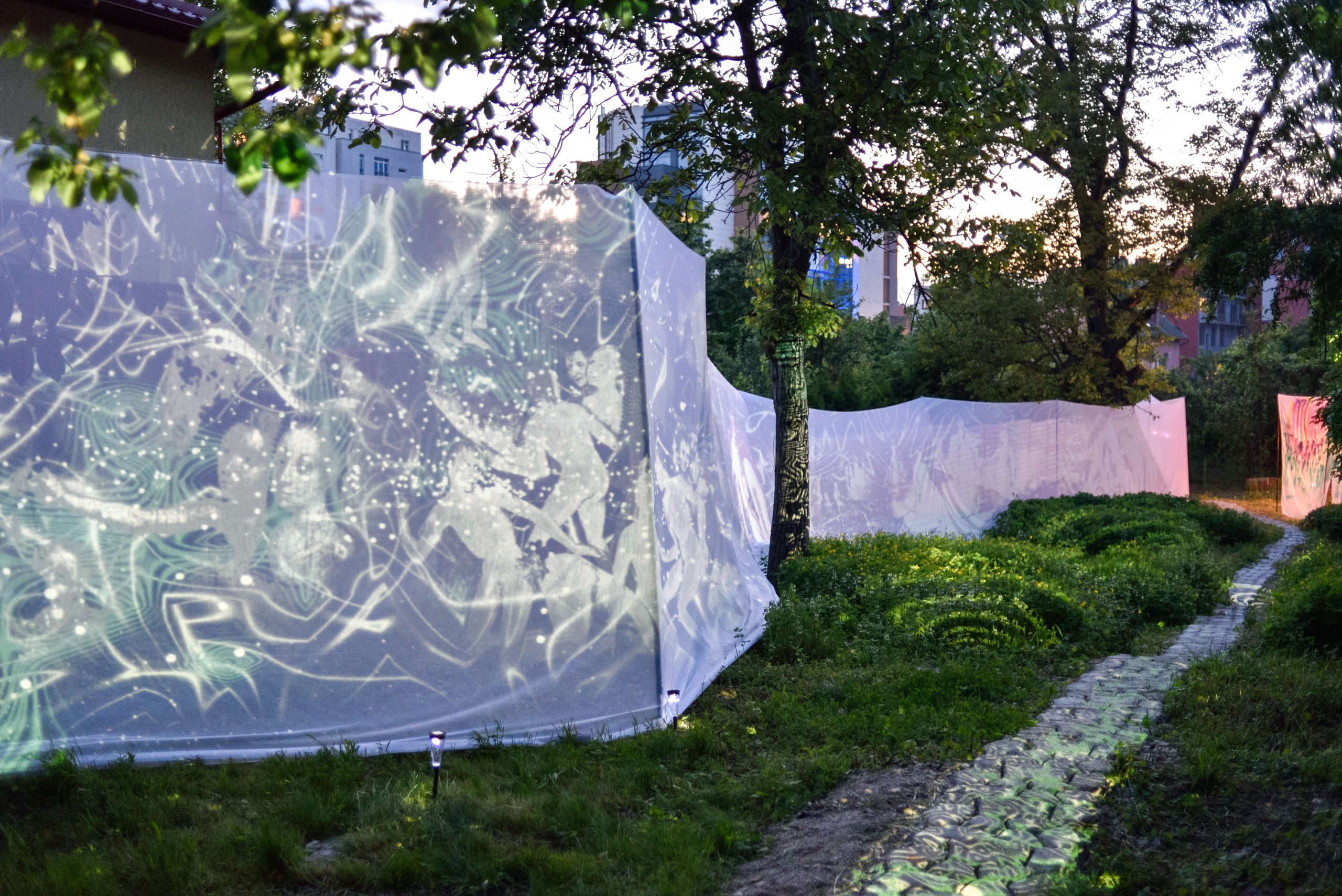 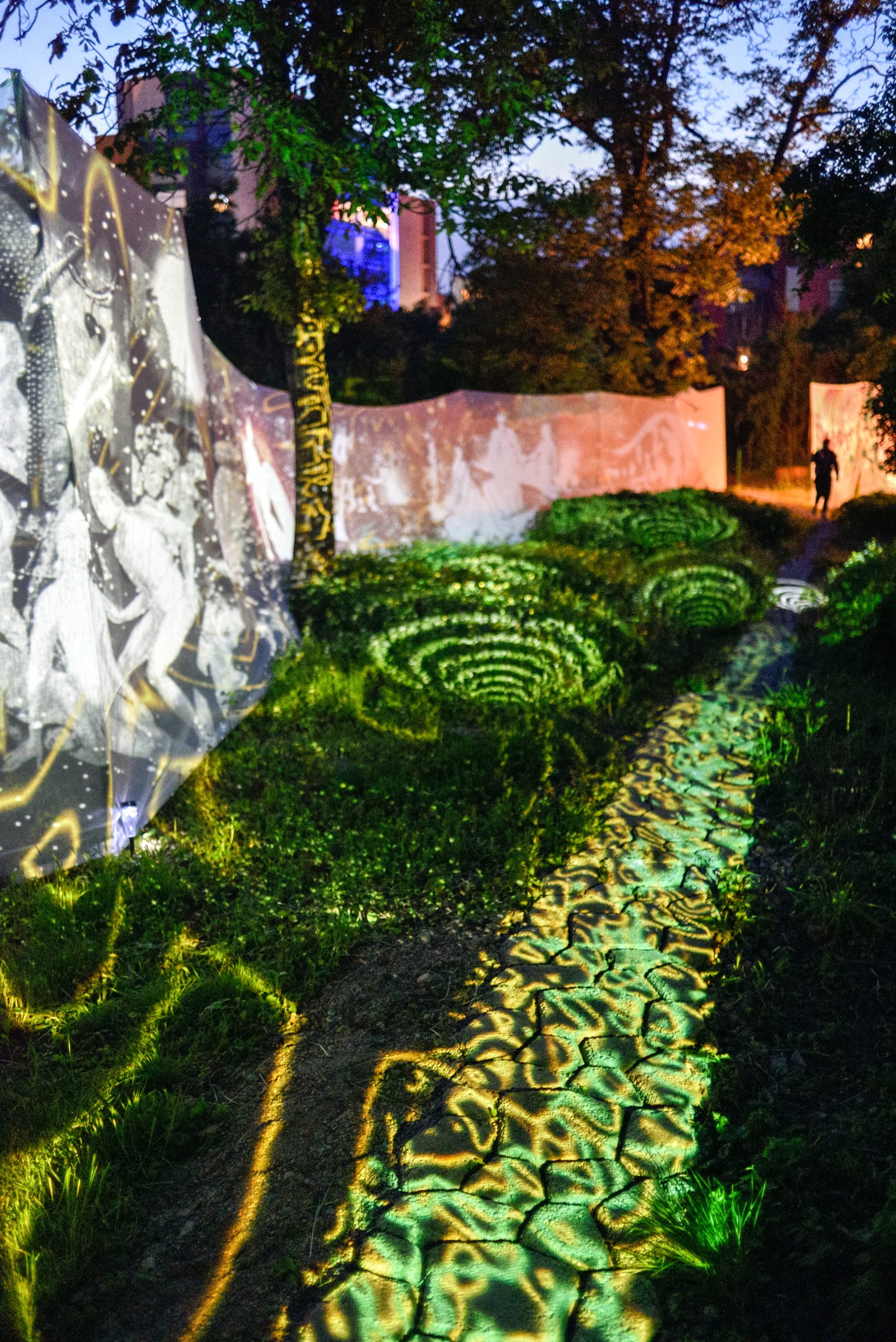 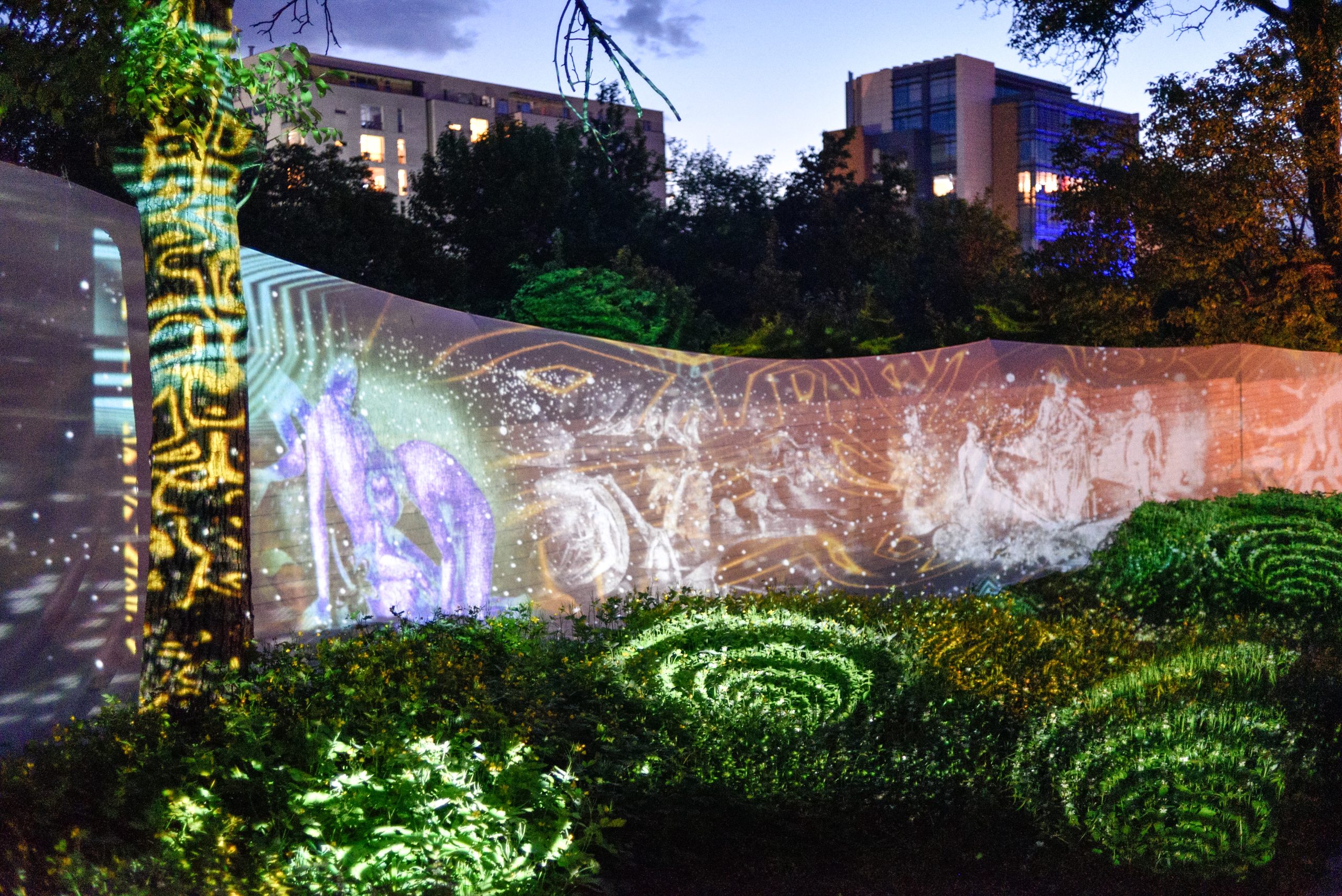 After graduating from Bucharest’s University of Fine Arts, graphics department, Corina Olaru worked as a photographer in the field of commercial photography. After several years of work and pursuit she now comes back to artistic expression, focusing mainly on installation art.

Through her project, she embarks on a journey of self-discovery while intertwining intuition with study, as well as the philosophical and scientific universes. With her art, she visually translates all that she observes in the behavior of those around her: the way in which we are influenced by the norms that are imposed on us socially, culturally and politically.

With PLEASURE HUNT, the artist steps back from the rigorous way in which she used to deal with her subjects, and chooses to express herself more freely by giving a sense of pleasure to her workflow. She approaches those pleasures which are most familiar: sex, eating, creating, the pleasure of being oneself etc., all presented in a ludic manner, as humor is another well-known pleasure. They represent fundamental emotional states which satisfy our taste or desire. In every part of the world we find different ways of understanding these pleasures, even in the closest communities which we can think of right now; pleasure might be something different for each of us depending on what we understand by this experience. And this difference is related to the various stages of happiness: from a general sense of well-being, to ecstasy and the occasional state of euphoria, the experience of pleasure is subjective; different people will experience different kinds and levels of pleasure in the same given situations.

Through this project, the artist invites the public to take part in a number of interactive installations, as well as a performance, thus becoming an integral part of the exhibition set up in the Visual Kontakt garden. The end result of the works will be established by the participants. The public is invited to ‘taste’ the presented pleasures, thus the artist becomes the ‘spectator’ who leaves the public to explore her artistic universe.

This time, the garden becomes a place where we go in search of and in hunt for pleasures.

Historically, people have been socially organizing different places or occasions where they can spend time in a pleasurable way. One of such places is the garden which, traditionally, is located outside and intended for growing non-agricultural plants. In the pleasure gardens various events of entertainment may take place, but this time we are invited to explore the universe of a single person, made available to us in a garden filled with pleasures.