Visual Kontakt | WHEN YOU SEE A FALLING STAR BY DANIELA KRAJČOVÁ
19994
portfolio_page-template-default,single,single-portfolio_page,postid-19994,theme-hazel,hazel-core-1.0.7,woocommerce-no-js,ajax_updown,page_not_loaded,,vertical_menu_enabled,select-child-theme-ver-1.1.1,select-theme-ver-4.6,wpb-js-composer js-comp-ver-6.9.0,vc_responsive 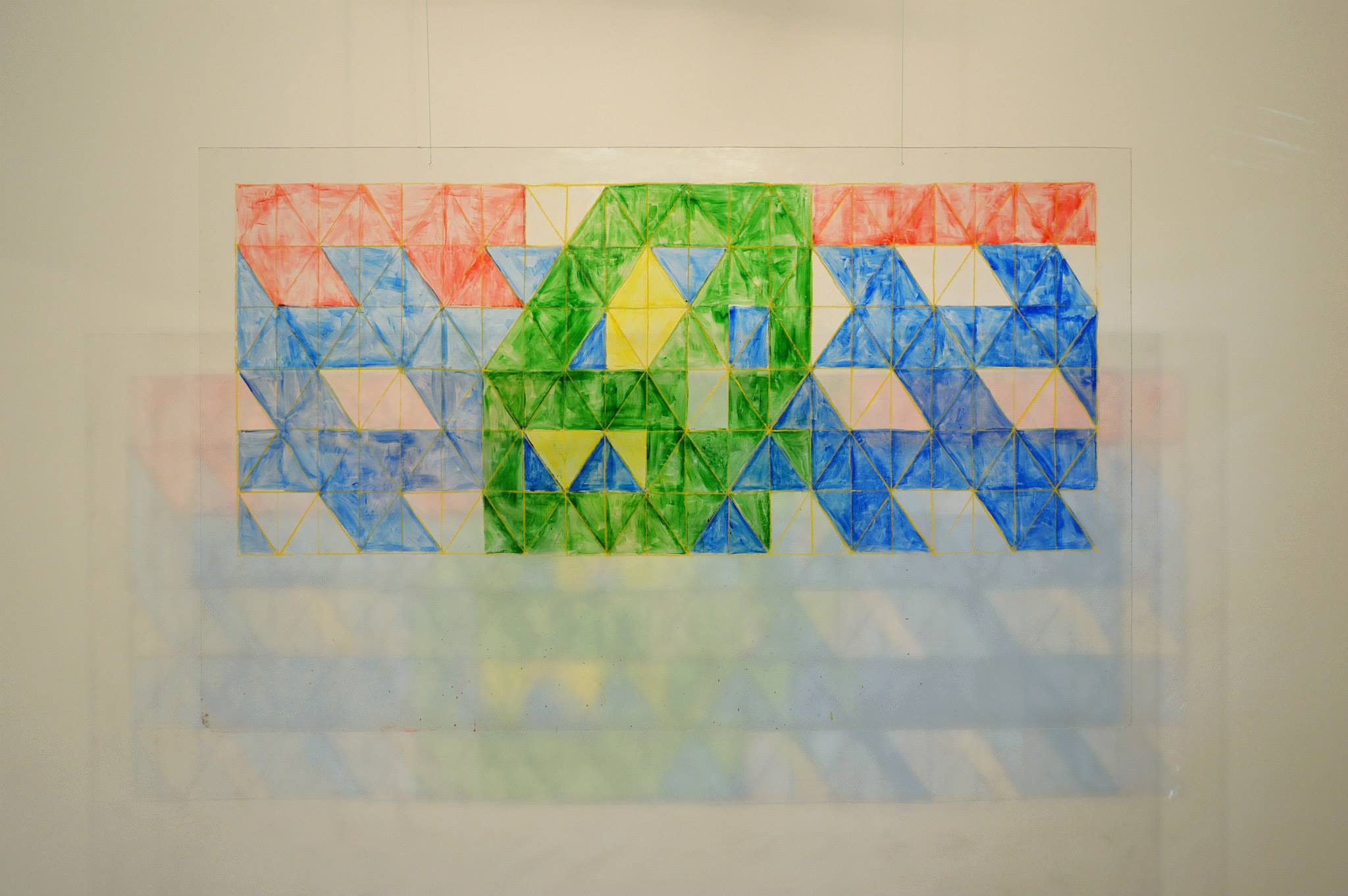 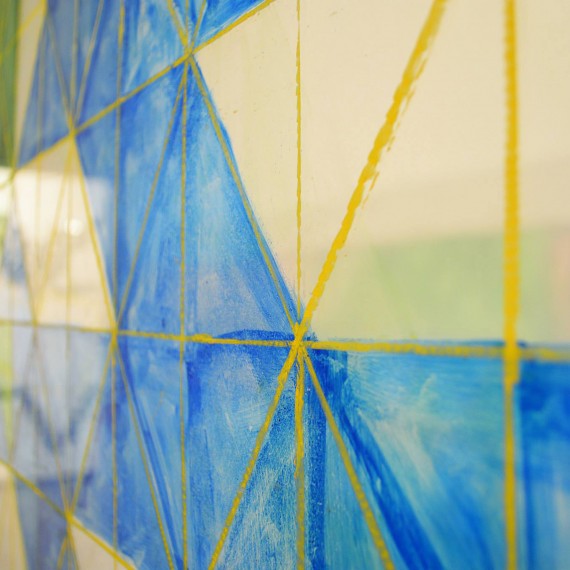 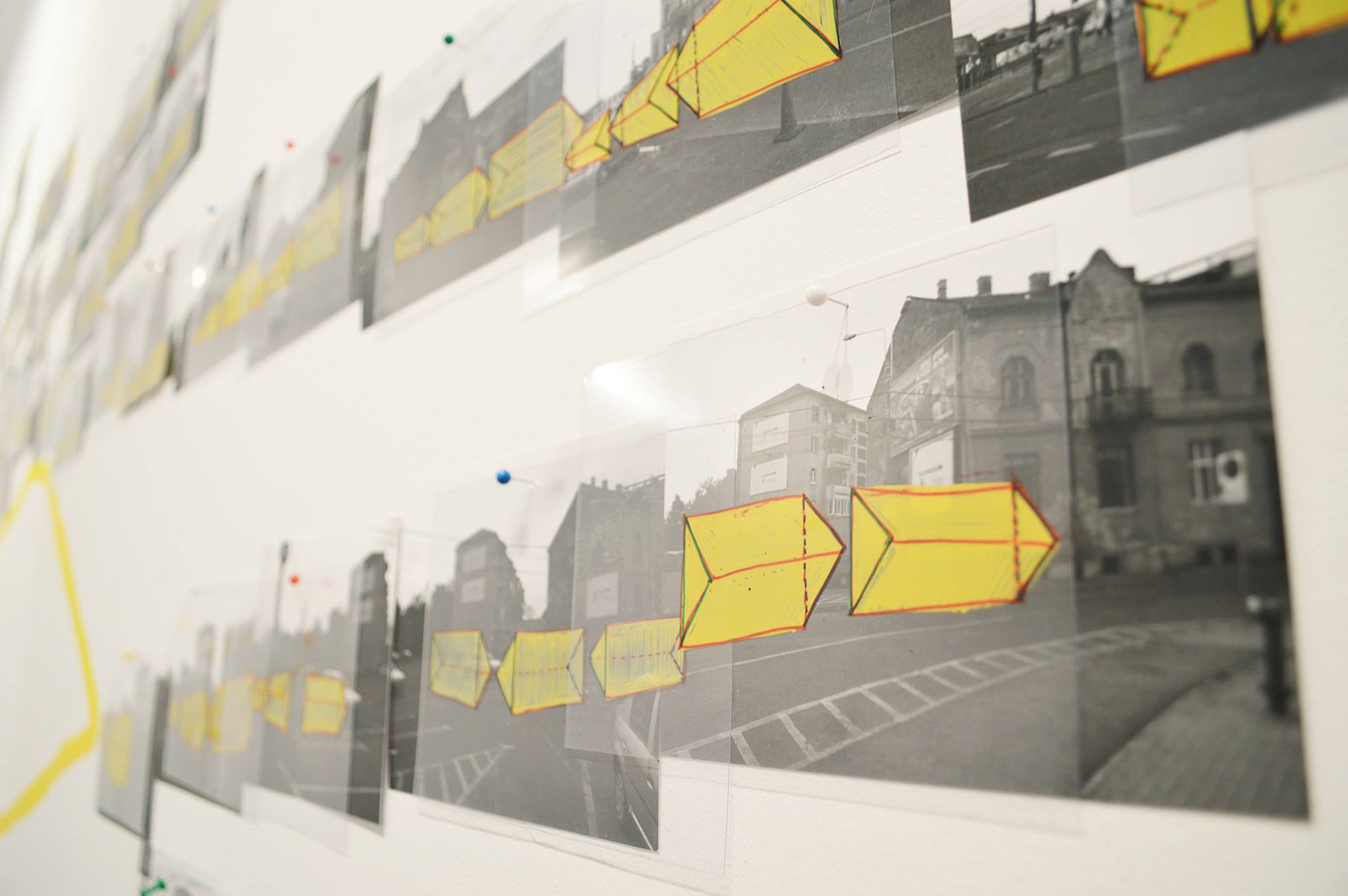 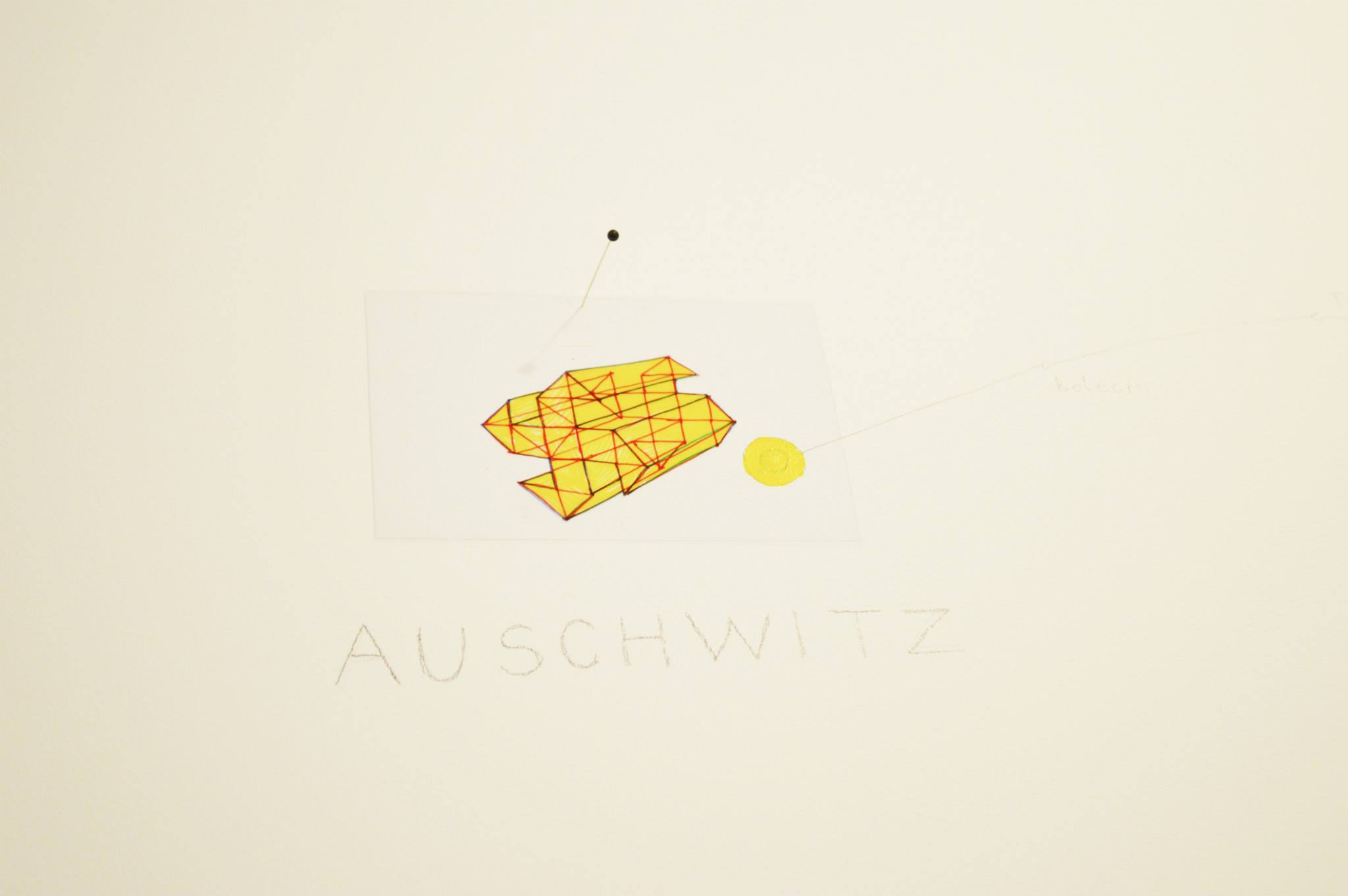 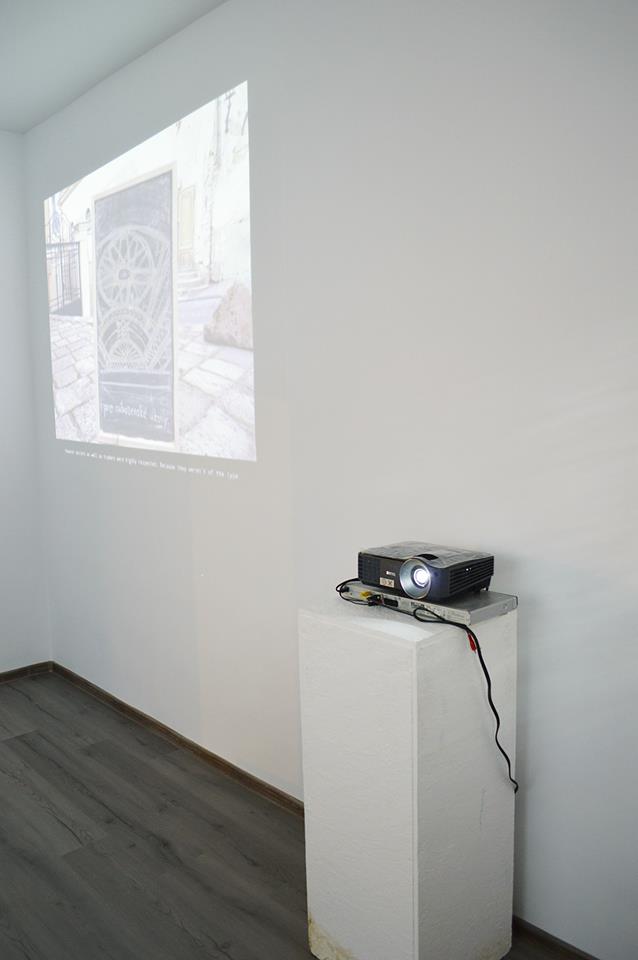 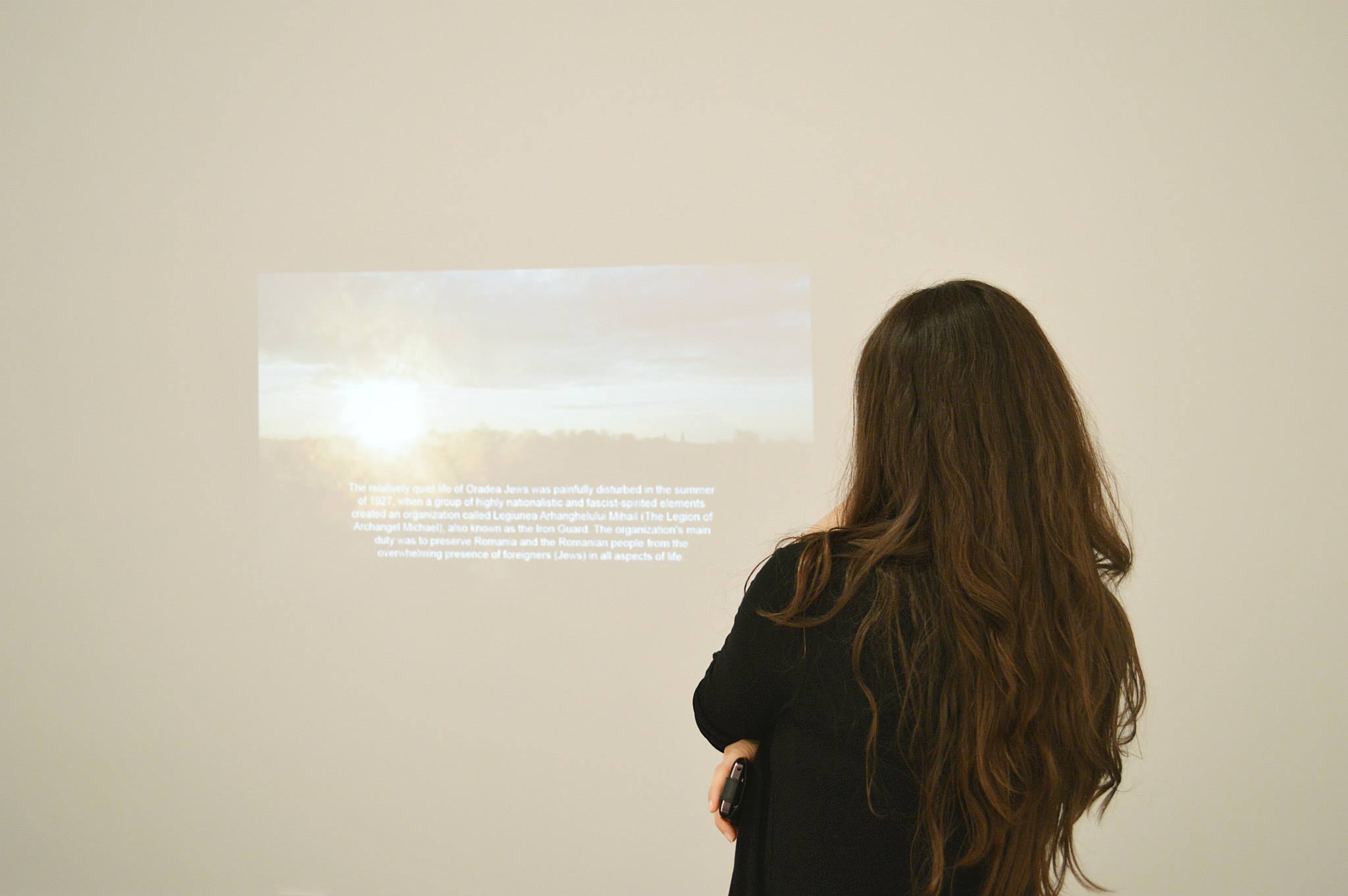 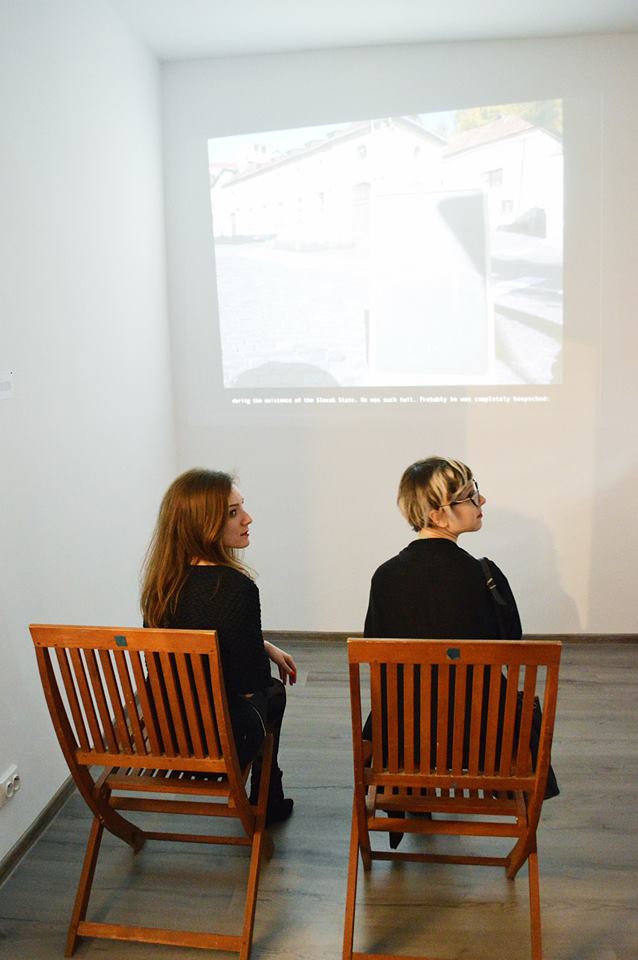 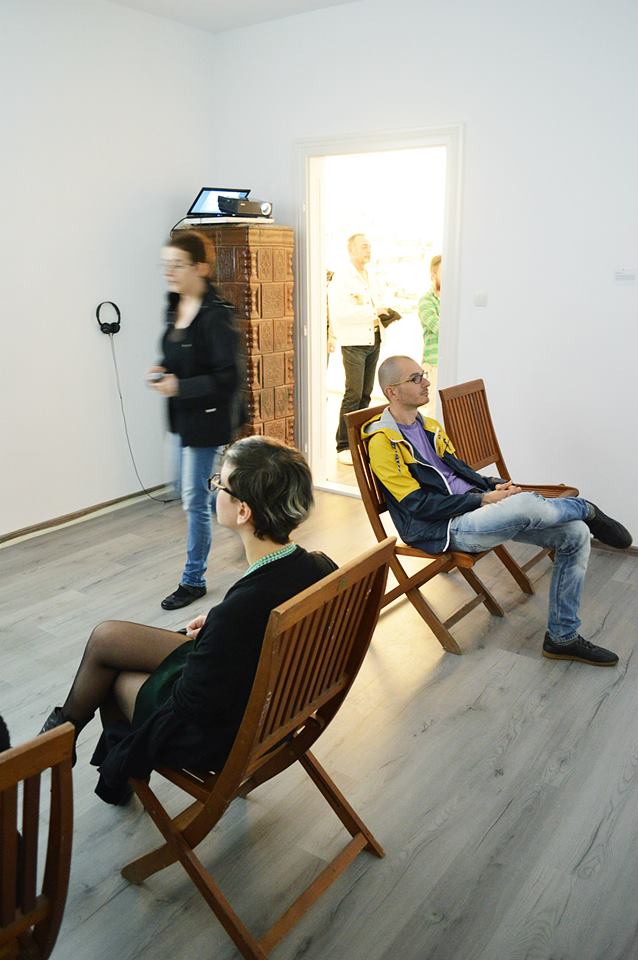 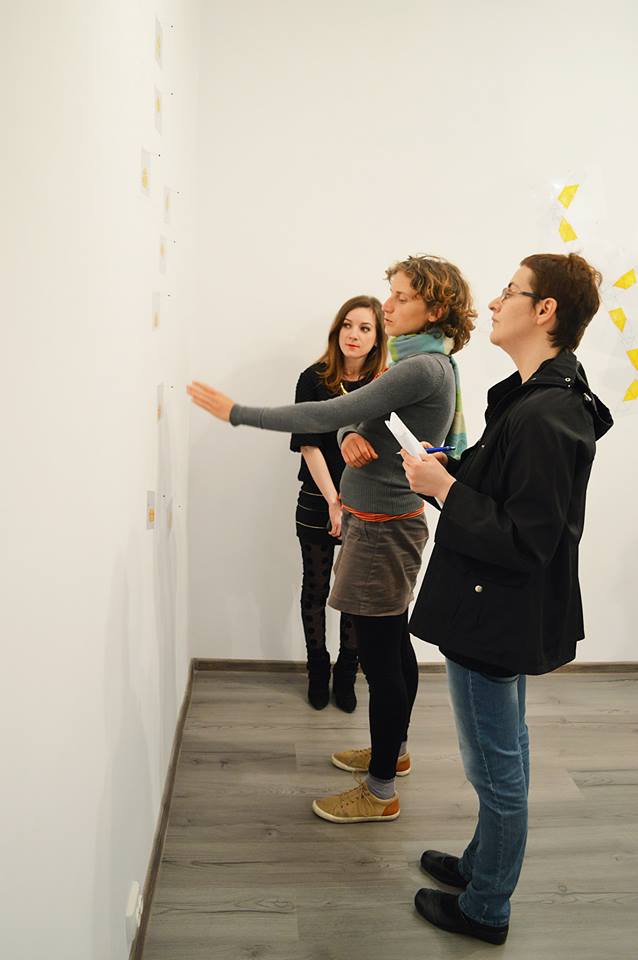 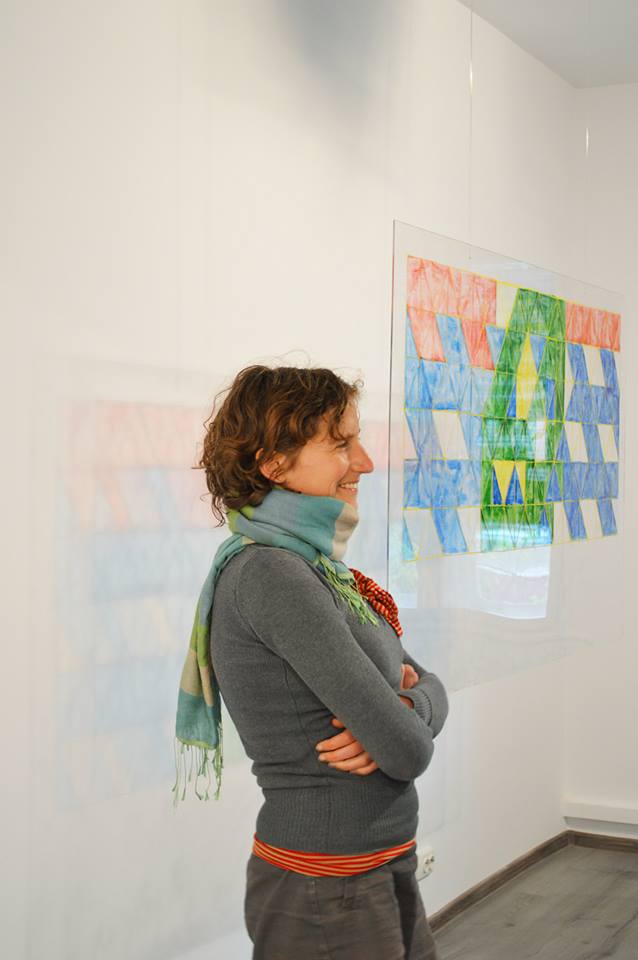 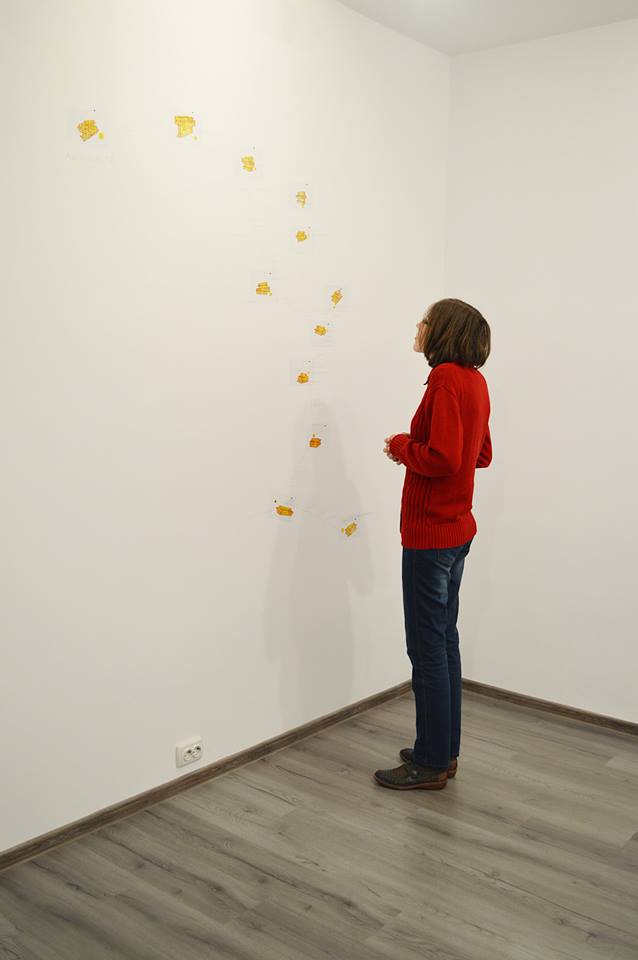 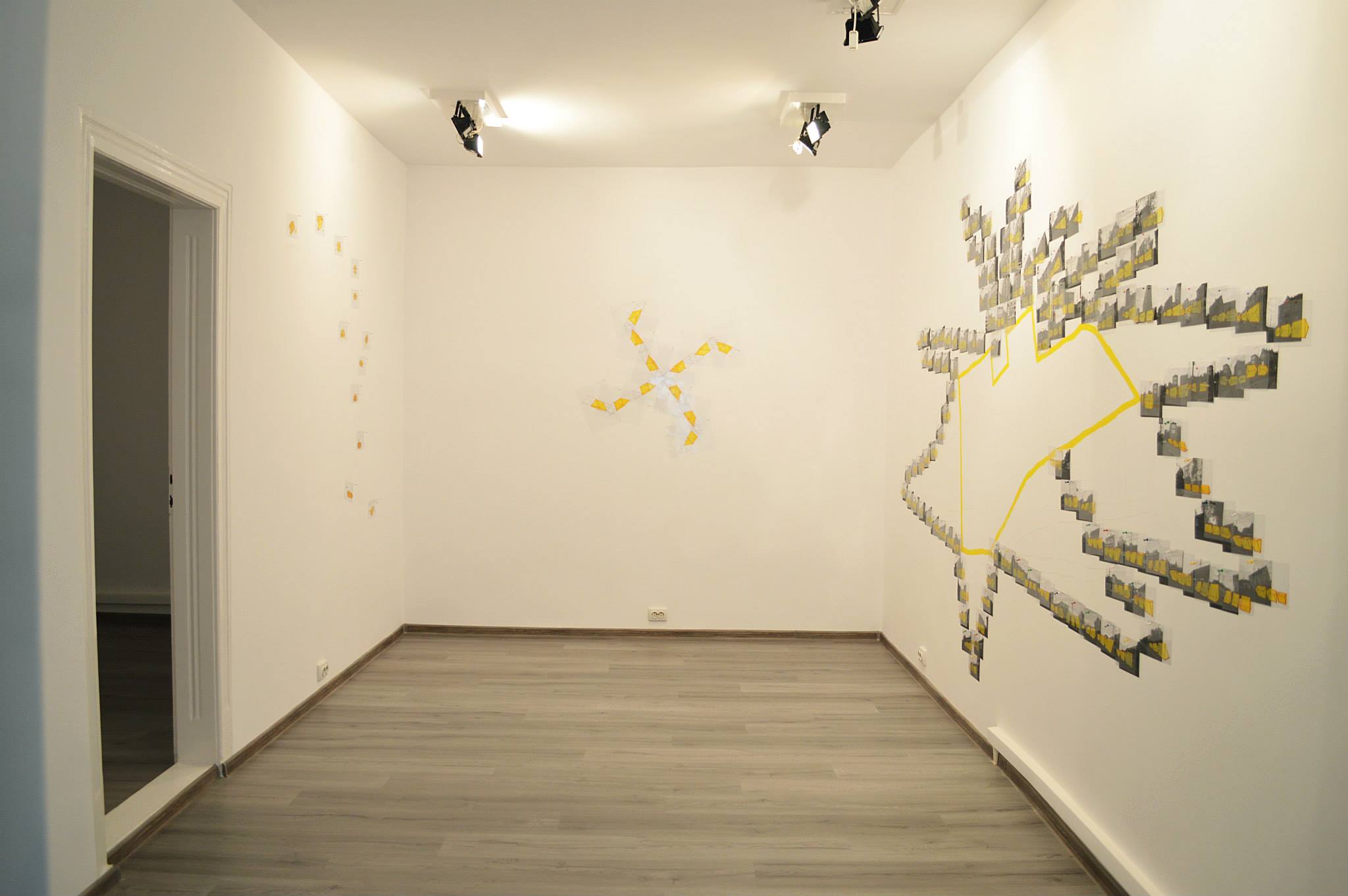 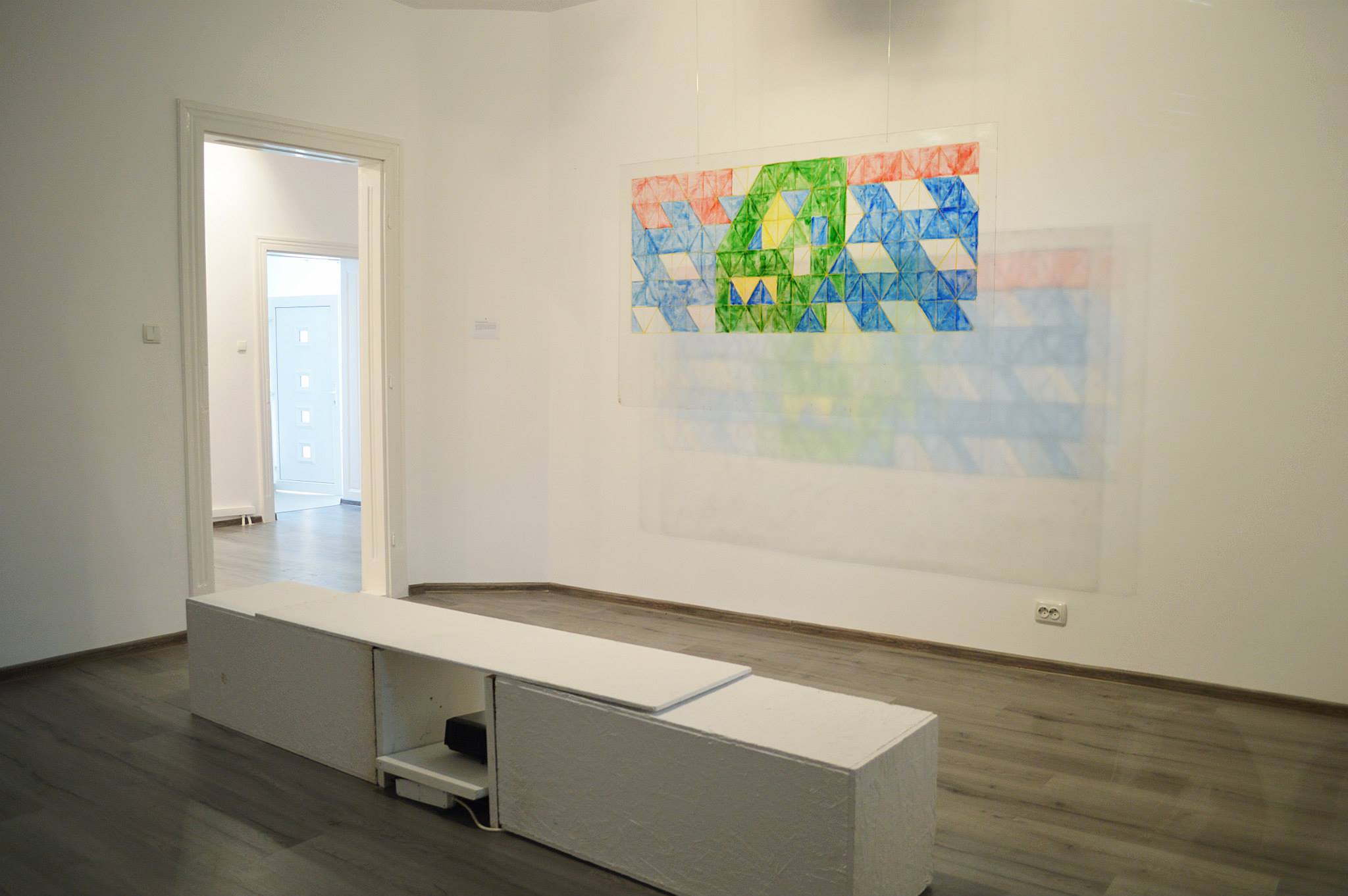 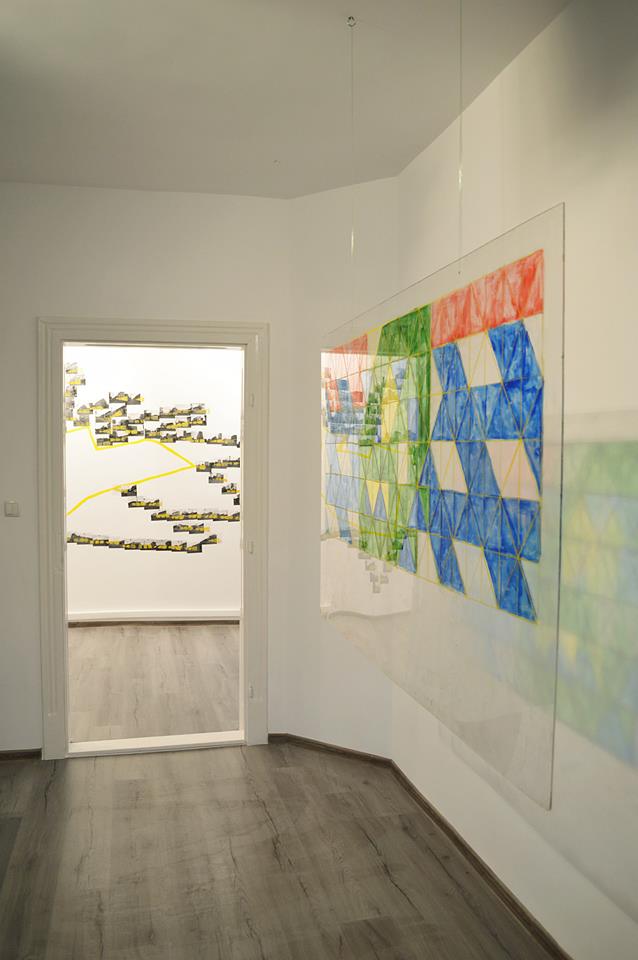 WHEN YOU SEE A FALLING STAR BY DANIELA KRAJČOVÁ

About a month ago, Slovak tycoon Andrej Kiska won the second round of presidential elections in his country, despite his lack of political experience. The voters decided to punish his adversary, actual prime minister Robert Fico, and his party, the Direction – Social Democracy (SMER-SD), for the inefficiency demonstrated in governing, even with them having majority in parliament. A few months earlier, the voters in the Banská Bystrica province had sent a similar message against the same party, choosing for governor an ex-teacher known for his neo-Nazi practices as governor.

One would think that this kind of concept fell into disuse after the end of the Cold War and that the ghost of fascism survives only in fiction books and gory movies. But if you follow the press carefully you will discover that the adjective “fascist” has resurged not only in theory, but in the description of current violent practice as well. The most immediate example is the crisis between Ukraine and Russia, where both sides accuse one another of following nationalist ideologies, while fear and the oligarchy are expanding and working to their advantage. This situation has come to uncover an ethnic, religious and territorial gap that had been covered up after the end of WWII. Naturally, the wounds are now reopened and it doesn’t seem that the sides involved are willing to do anything to remedy the situation.

It is precisely from this context that the work of Daniela Krajčová (1983, Žilina) emerges.

Her oeuvre is the result of experimentation with different media, always maintaining an innovative mixture between animation and documentary. The reason her work is current is the fact that she participates actively in the way history is constructed and perceived in her native Slovakia. Her sympathy for minorities and people in unfavourable situations has led her to work with painful and necessary issues, like the genocide of the Jewish population during the war, the treatment of immigrants in Western societies or the discrimination that the Roma face.

For years, Krajčová has travelled to various cities of Central Europe where there are still traces of Jewish groups to be found. The reader will probably be familiar with narratives of the same type from Poland and Germany, but it is necessary to emphasize that in other parts of the map as well, the Jewish population was completely eradicated during the Nazi intervention, a fact that was later denied by communist governments. In other words, humanity may never know or may not want to know about the tragedy that happened right before it. In that sense, Krajčová’s work peels off the layers of tarnished paint which disguise the recent history of her country and shows a different colour, which was covered up by a mixture of intolerance and neglect.

I met Daniela 12 years ago, when she was an exchange student in Xalapa, in Mexico. Her work then was naïve and would focus mostly on the borders of her family’s identity. Since then, she has incorporated into her work a large variety of topics, but always with a compassionate look towards people in disadvantage. Much of her narrative focuses on the Jewish presence in Slovakia and Central Europe before and after the war and how the stories of the Jewish population are relevant to our contemporary society. In Salamanders (2013), Krajčová uses portables blackboard. These stand in front of various buildings while a voice-over is telling stories from before the Holocaust. The blackboards are showing a stop-motion animation that depicts the interior of a synagogue, a powerful X-ray of the city of Banská Štiavnica, where this work was made.

The starting point of her work is compiled of scenes from old films, discourses that legitimize the build-up of a communist identity. Her works are reactions to historical events that determine the fate of the groups of people who now inhabit that particular historical space. Like her piece 324 (2012) made in Topoľčany, Western Slovakia. In the same place where the bus station is now located, there was once a Jewish neighbourhood whose victims were deported and exterminated. Krajčová used the walls of a common building to paint a large graffiti which she then included in an animation of the old synagogue. In the animation the names of the 324 victims are read out loud. This allows us to get in and out of a historical event and perceive contemporary spaces from different perspectives.

Krajčová’s work represents a parallel between different times in the same space but also contains various angles of that space in one single period of time: the one we are living in right now.

For her residency at Visual Kontakt, the artist has perambulated the old borders of the Oradea ghetto which was established on May 3rd 1944, exactly 70 years ago. The enclosure kept near 27,000 Jews, around 30% of the city’s population at that time. The artist’s animation plays with the symbols of nationalism, religion and extremist ideologies that caused the deportation and extermination of thousands of people.

Daniela Krajčová’s voice gets stronger when echoes of other voices that seem dispelled complete it, just like an avalanche. Her work is undoubtedly necessary (and inevitably uncomfortable) as it provides a human version of the construction of Europe. It is this Europe which is still wallowing in old muds, despite of the false reality which the political class wants us to believe in. In a time when extreme far-right ideologies are on the rise and war shadows are creeping in from the East, we must learn from history that if we do not raise our voice now and protect the vulnerable, bloodthirsty authoritarians will gain control of our societies. And then it will be too late.